Arrest made in Reston Murder Case 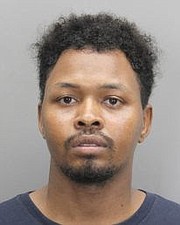 A man has been arrested and charged with second degree murder after a woman was found dead last week inside of a house in Reston. Ball Salim Ahmed Ball, 24, of Herndon, is believed to have been involved in a relationship with the victim that began earlier this year. He is being held at the Fairfax County Adult Detention Center without bond.

Officers responded Monday evening, June 22, around 6:30 p.m. to the 11000 block of Great Owl Circle when a landlord located his tenant, 29-year-old Maryam Ali Mohammed Al Jaberi, deceased in the basement of a home that she rented. Officers noticed suspected trauma to her upper body and the Office of the Chief Medical Examiner ruled the death a homicide following an autopsy this morning.

This remains an active investigation and detectives are asking anyone with information to contact the Fairfax County Police Department Major Crimes Bureau at 703-246-7800, option 2.

This is the fifth homicide year-to-date in Fairfax County.