Land of the Free: Alexandria
Votes

Land of the Free: Alexandria 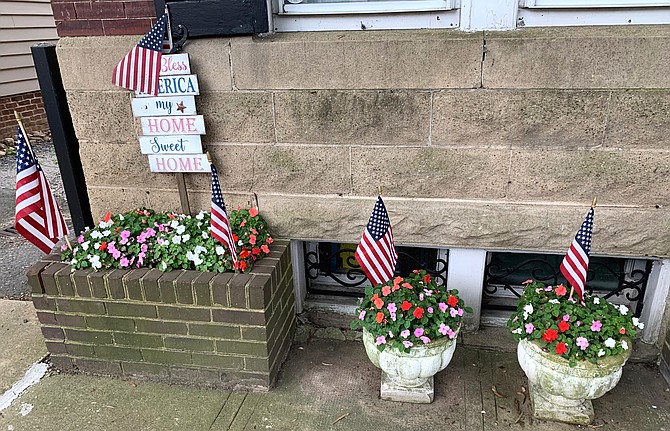 Flower pots adorned with American flags are part of a patriotic display at the Old Town home of Bernadette Troy, who is continuing the tradition of her late husband Pat Troy. Photo by Janet Barnett/Gazette Packet 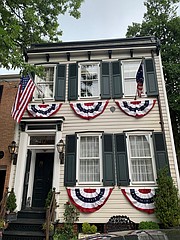 An American flag and patriotic bunting adorns an Old Town home over the Fourth of July weekend. 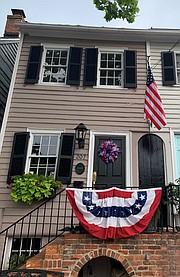 A patriotic display over the Fourth of July weekend.

Homes across the city were adorned with displays of patriotism over a Fourth of July weekend that was more subdued than usual due to ongoing COVID-19 pandemic.

“This has always been a very important holiday to our family,” said Bernadette Troy, widow of Pat Troy, an Irish immigrant and longtime Alexandria businessman. “No one was more patriotic than Pat.”

Pat Troy died in 2018 just days after presiding over the city’s annual St. Patrick’s Day parade, which he founded nearly 40 years ago. His widow has continued the tradition of putting on a patriotic display at their home during various holidays, such as July 4th, Memorial Day and Veterans Day.

“Pat loved this country more than anyone I have ever known,” said Bernadette Troy. “He was very, very proud to be an American.”