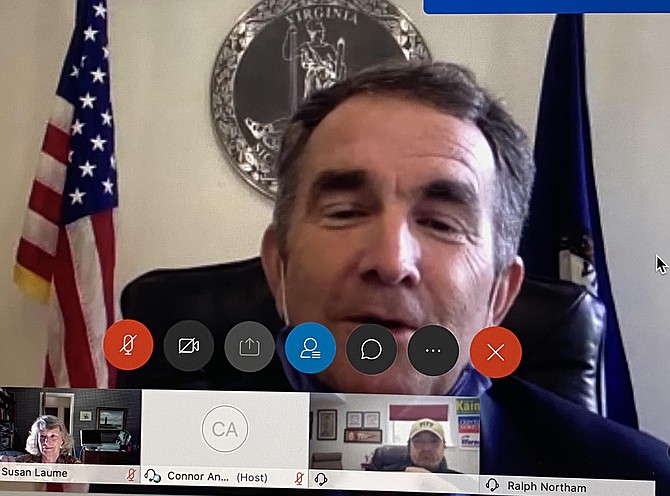 In his remarks before penning his signature, Northam said, “We do need to treat our pets humanely; having pets on a tether, especially in extreme heat and cold is not a good thing; we want to avoid it.” He praised bill sponsors Senator John Bell (13th District) and Delegate Mark Levine (45th District) for taking a difficult issue [animal bills] and doing well with moving their bills to passage.

The new adequate sheltering law, enacted on July 1, recognizes the dangers to animals left tied outside during certain conditions including extreme temperatures and severe weather events. Outside animal tethering is not considered adequate shelter:

Senator Bell recounted seeing dogs on a short chain with no water on a trip through Virginia. Though he and his wife got water to the dogs that day, he knew we could do better. He commented, “A big part of what we want for Virginia is [seen in] how we treat animals.”