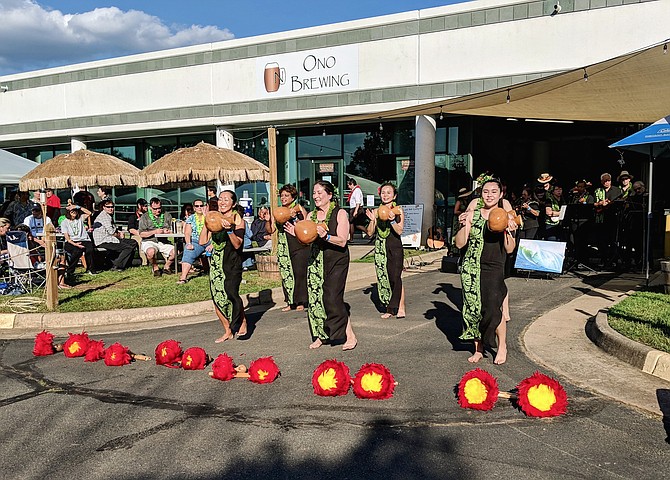 Ono Brewing Company in Chantilly may be a long way from Hawaii, but on Sept. 28, they are bringing the spirit of the Hawaiian islands here to Fairfax County.

“Ono” means “delicious” or “tasty” in Hawaiian. With family connections to Hawaii, Ono Brewing Company owners Scott and Cyndi Hoffman wanted Ono Brewing to be a tropical oasis in the middle of fast-paced Northern Virginia. Officially opening two years ago, the tropical-themed brewery is celebrating its anniversary, or “Onoversary” as they like to call it, on Sept. 28 with an all-day Hawaiian Luau party and Hawaiian cultural event.

The family-friendly festivities will begin at 1 p.m. and will include seven hours of live Hawaiian entertainment including fourteen different Hawaiian music and hula dancing performances, Hawaiian crafters and vendors, lei making demonstrations, food from Odd BBQ including traditional Hawaiian plate lunches with traditional Kalua pork and other BBQ plates and sandwiches. Some of the Hawaiian craft vendors will offer treats from the islands such as Hawaiian shaved ice and a Samoan dessert called Pain popo, which are coconut sweet rolls.

Among the performances will be several area halau (hula schools).

Traditional Hawaiian music will be performed by the Northern Virginia Ukulele Ensemble, Hawaii State Society of Washington, D.C. – HSS 'Ukulele Hui, Kupono, Na Kawika and The Aloha Boys, just to name a few. Pre-sale tickets for the event are available on Ono Brewing Company’s website at www.onobrewco.com or on their Facebook page.