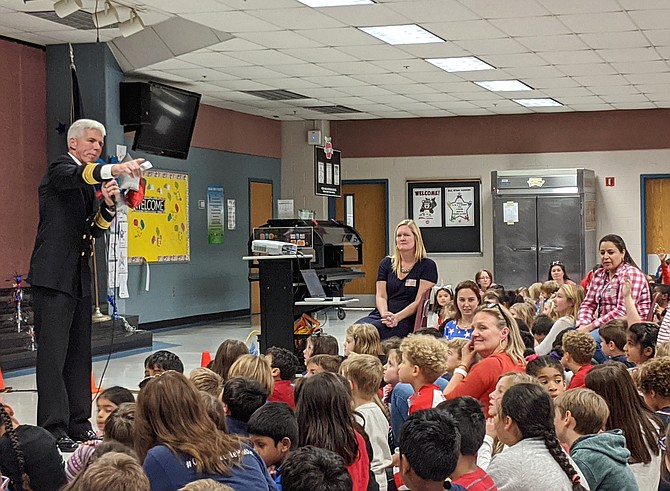 Principal Shane Wolfe welcomed everyone to Aldrin. Though he couldn’t be with us today, Principal Wolfe recognized Aldrin’s namesake, Dr. Buzz Aldrin, and his accomplishments. Principal Wolfe introduced special guests — all military personnel and their families, and acknowledged with appreciation those who gave the ultimate sacrifice.

Rear Admiral Karl Thomas, brother of Aldrin fourth grade teacher Natalie Ward was the featured speaker, discussing what it takes to be in the military, aviation, and the school’s namesake, Dr. Buzz Aldrin.

Students and staff participated in a sing-along of patriotic songs. Students had prepared stars where they noted, “My Hero is…” and the stars decorated the school cafeteria along with many other star balloons, and shooting stars on the stage.