Virginia Opera to present “Madama Butterfly” at Center for the Arts. 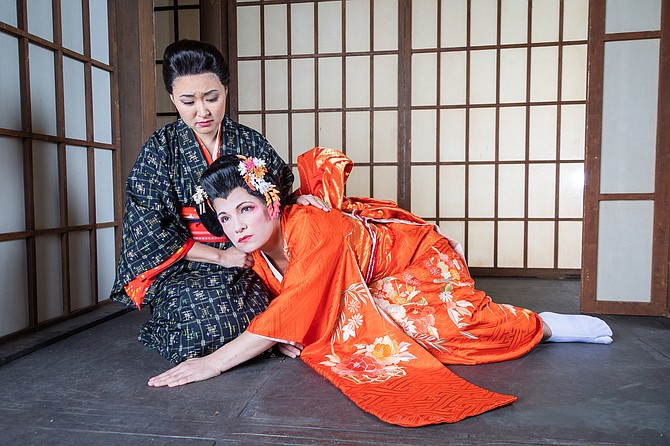 Giacomo Puccini’s masterwork, “Madama Butterfly,” has endured as a beloved opera for over a century for a reason. It is a tragic opera propelled forward with glorious music that navigates an unsettled world of love and betrayal, all surrounded by vast cultural conflicts. It will be presented by the Virginia Opera at the Center for the Arts.

“Madama Butterfly” spotlights the heights and depths of human emotions in an epic story about a young Japanese geisha named Cio-Cio-San (Madama Butterfly) who surrenders herself in the intense hope for a new life, a life married to American Naval Lieutenant Pinkerton who sees love through his own limited viewpoint.

Is Madama Butterfly‘s love for Pinkerton fully reciprocated? Is he an honorable man? As the famous aria title sung by Madam Butterfly says, Un bel dì vedremo ("One fine day we shall see").

The role of Madama Butterfly is performed by soprano Danielle Pastin, seen in Virginia Opera’s productions of Puccini’s “Turandot.” The role of Naval Lieutenant Pinkerton is sung by tenor Matthew Vickers.

Richard Gammon, a Filipino-American New York City-based stage director, known for the use of modern dance and movement in his contemporary interpretations of classic operas, directs the “Madama Butterfly” production. Mezzo-soprano Kristen Choi portrays the key role of Suzuki, a confidant of Madama Butterfly. Choi has performed at The Kennedy Center with the Washington National Opera. Tenor Julius Ahn portrays marriage broker Goro and bass Hidenori Inoue, who hails from Japan, is The Bonze, a Buddhist monk and Butterfly’s uncle. Baritone Levi Hernandez is American Consul Sharpless. The Richmond Symphony Orchestra is conducted by Adam Turner.

Pastin described her Madama Butterfly character as “incredibly brave. She was truly in love with Lt. Pinkerton in spite of what others said. She had faith in him even if others did not trust him. She was blind to his faults.”

For Pastin, audiences including those not regular opera-goers, will relate to the opera and the predicaments that unfold. Not only is Puccini’s music phenomenal, but the storyline “will tug at the heart.”

Kristen Choi described her character Suzuki as “not a servant but a companion; a confidant, even a friend” to Madama Butterfly. “She must support Madama Butterfly even as she tries to convince her to move on.”

Puccini’s “Madama Butterfly” is gripping art in which the voices and music convey profound emotions deep into an audience even after a century.