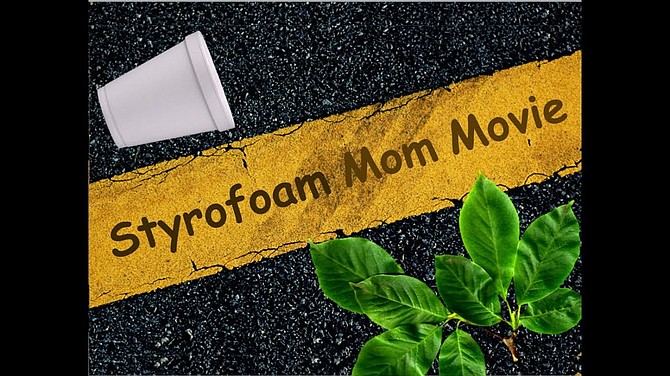 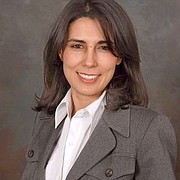 “Hold the Foam” is Miriam Gennari’s motto, an Arlingtonian, grassroots activist, and the creator of the documentary film “Styrofoam Mom.” She hopes to inspire Arlington to change its ways on a seemingly hopeless cause.

“The film is really about is raising your voice — even one person, by asking the right questions and taking action can have a say in what our future looks like,” Gennari said.

After she watched the documentary “An Inconvenient Truth” by Al Gore, Gennari felt compelled to start making changes within her life. When she became aware of the volume of single-use Styrofoam trays being discarded in her children’s schools, she took the issue to the county board. What began as a call-to-action to rid our school systems of the non-recyclable material evolved into a 10-year journey influencing people within the region. Arlington County schools no longer use single-use, non-recyclable lunch trays because Gennari spoke up and changed the community — and she has no plans to stop.

Gennari launched her radio show, “Sustainable Scoop,” with Arlington Independent Media and began a movement to limit Styrofoam in the community. The local action group, Freedom Is Not Free, invited Gennari to present her film at its monthly meeting last month. The founders of the group, Alicia Korten and Lorne Epstein, are focused on a values-driven economy and became inspired to “do something” after the 2016 election. What initially began as a get-together discussing politics and grassroots issues with friends grew into a “community innovation hub,” said Korten.

Gennari spoke to the 20 people in attendance before the film, many of them long-time Arlingtonians, parents, entrepreneurs, and Libby Garvey, vice chair of Arlington County Board.

For a country that produces billions of tons of trash annually, many advocates of recycling seek out one solution, which is to ban Styrofoam entirely. However, it still begs the questions: “Is Styrofoam absolutely necessary?” Gennari’s response: “The goal is to start a conversation — the opportunity to recycle exists in regional cooperation; we don’t need to send it off to China, we need to create a marketplace here.”

The goal that was merely an idea is now taking form through tangible ways. Jim Schulman, an architect for over 30 years and a friend of Gennari, founded the non-profit Alliance for Regional Cooperation that is dedicated to creating buildings with reused materials (JSchulman@ARCdmv.org). Linda Staheli, founder of Global Collaboration Laboratory Network (https://www.globalcolab.net), is geared toward “building new initiatives around youth empowerment and youth optimism” and plans to join Gennari’s movement by bringing youths into the effort.

Gennari’s documentary excited others at the meeting to take initiative and limit the amount of Styrofoam within their own lives and influence others to do the same. Allison Johnson plans to end the use of it in her workplace and said, “I work for a construction company that uses Styrofoam cups and trays for water and lunch, among other things, when they could be using reusable items and I want them to use reusable, recyclable items.”

“Styrofoam Mom” has not been released on an official platform as of yet, but welcomes locations for screening; contact Gennari at: miriam@styrofoammom.com.

Action group Freedom Is Not Free will hold its next meeting on Feb. 21 in the Maywood neighborhood from 6:30-8:30 p.m.; speaker David Schwartz will discuss OneVirginia2021 and the topic of gerrymandering in Virginia. For details contact: CommunityInnovationHub@gmail.com.