You are not too old (or too young) to become an activist, KK Ottesen said. 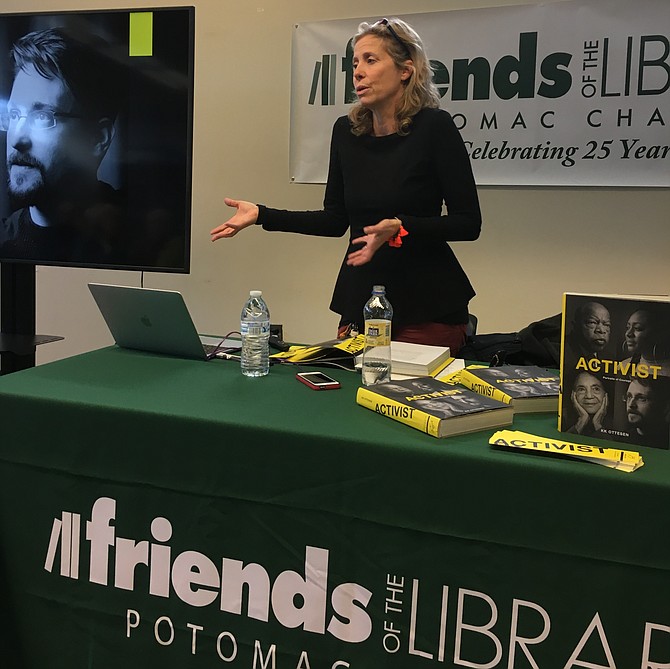 Author KK Ottesen spoke about her latest book: Activist: Portraits of Courage, on Saturday, as part of the Potomac Friends of the Library Winter Author Series. Photo by Peggy McEwan 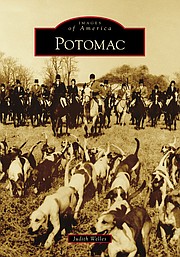 Larry and Margaret McBryde, Leonard Proctor, Mike Mitchell, Janelle Straszheim, Vicki and Skip Crawford and many more came to celebrate the new Potomac book and reconnect with friends from the past. Montgomery History hosted the event and author Judith Welles gave a short talk about Potomac highlights with vintage photos from the book. 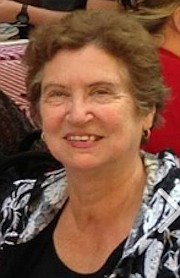 “First, an opening celebration was held Wednesday evening at Hunter’s Inn on River Road, which drew many long time Potomac residents to share memories of their own Potomac history.

“A book about local history will bring a community together,” Welles said.

Welles also visited with residents and sold books at Strosniders Hardware on Saturday and will be a featured speaker with the Potomac Library, the Friends of the Library Winter Author Series on Saturday, Jan. 25.

This month’s speaker in that series was KK Ottesen, who shared her book, “Activist: Portraits of Courage,” on Saturday.

Ottesen grew up in Potomac and attended Potomac Elementary School from grades one to four. The library, she said, was a special place for her, recalling that when she was young it was located on the ground floor of the bank building across the street. Her mother, Carole Ottesen, still lives in Potomac and is also a writer and author.

“I think she wrote for the Potomac Almanac,” KK Ottesen said. (She did.)

Ottesen’s book is a collection of photos and first-person narratives of mostly ordinary people who stood up to right a wrong and became leaders — activists.

She is both the photographer and interviewer for the book and traveled across the country to get her stories.

“I was frustrated by the division [in the country] and wondered what I could do to help bring people together,” Ottesen said. “I wondered what compels someone to become an activist.”

So, she set off to talk to people who are activists, some famous, others local, almost unknown, who are making a difference. She included 41 people in her book.

“Once we get to know someone it helps [smooth over] division,” she said.

Starting with a photo of Congressman John Lewis, Democrat from Georgia, Ottesen shared the stories and photos of about a dozen subjects from the book.

Lewis is known for his work in the Civil Rights Movement and for voting rights, including being beaten by police and serving time in jail for protesting. Now, as a congressman serving his 17th term in the House of Representatives, he still uses his voice in activism.

Ottesen introduced the audience to less well-known activists too, including actress Nicole Maines who plays the first transgender superhero on TV.

“She grew up transgender in a small town in Maine,” Ottesen said.

Sister Megan Rice, a Catholic nun and nuclear disarmament activist was arrested at age 82 when she broke into the Y-12 National Security Complex in Oak Ridge, Tennessee.

You are not too old (or too young) to become an activist, Ottesen said, introducing the audience to Jasilyn Charger a 23-year-old member of the Cheyenne River Sioux tribe in South Dakota.

Charger has been active in protests to protect her people’s lands and environment since a teenager.

Ottesen’s book, billed as a civil right book, a social justice book and an inspirational gift, is available on Amazon; as is Potomac by Judith Welles.

Welles book, a pictorial history of Potomac from its early days to current times, was written using many photographs from Montgomery History, formerly the Montgomery County Historical Association. Part of the proceeds from the book will go to that organization.