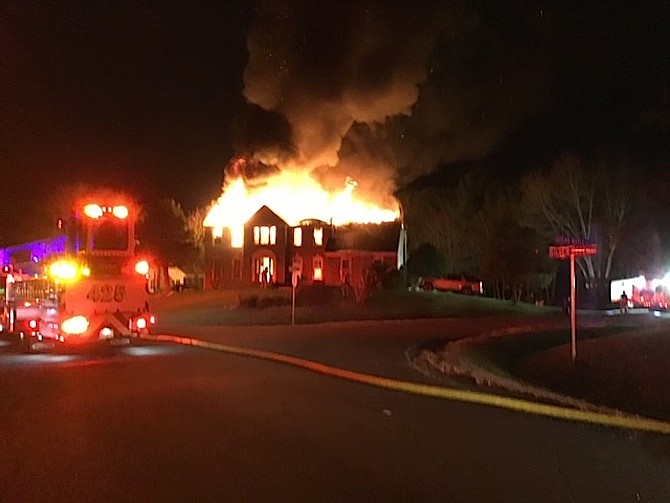 Three children and two adults safely exited their Herndon home after it caught fire early Monday morning, firefighters said. Fairfax County Fire and Rescue, along with Loudoun County Fire & Rescue responded to the house fire shortly before 3 a.m. in the 1100 block of Silver Beech Road in the Herndon area located near Route 7.

Firefighters said when they arrived, they found a two-story, single-family house with fire on several levels. There were no reported firefighter or civilian injuries. The cause of the fire is unknown.