‘This Was a Brutal and Heinous Act’
Votes

‘This Was a Brutal and Heinous Act’ 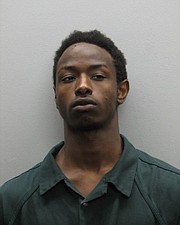 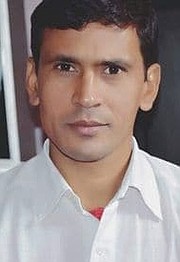 When Resham Bajgain, 40, went to his clerk job on July 3, 2018, at the Franklin Farm Sunoco Station, he had a wife, a 6-year-old daughter and his whole life ahead of him. But in the early morning hours of July 4, a teenager with a penchant for violence stole his future – viciously killing him over a phone and then bragging about it.

After being arrested, the assailant, Mohamed Abdullahi, then living in Franklin Farm, told police, “Imagine being me, right now – just 19 and already caught a body.” He stood trial in late August in Fairfax County Circuit Court; and after hearing and seeing all the evidence, the jury convicted him of first-degree murder and recommended a sentence of 60 years in prison and a $25,000 fine.

He returned to court, Nov. 22, and Assistant Commonwealth’s Attorney Ryan Bredemeier asked the judge to impose the entire sentence. And in the end, that’s exactly what Judge Brett Kassabian did.

“The jury heard the awful facts of this case and the defendant’s juvenile record,” said Bredemeier. “This was a brutal and heinous act; he cruelly tortured a defenseless man over a phone. The victim was repeatedly punched, kicked, slapped and told he was going to die. One can only imagine the terror going through his mind. There was absolutely no provocation, and it was done by someone with a history of escalating violence.”

IMMEDIATELY AFTER THE MURDER police responding to what they thought was a robbery saw Abdullahi – who matched the suspect’s description – in the gas station’s parking lot and arrested him. After customer Stephen Briscoe entered the store during the incident, Abdullahi ordered him outside, followed him and tried unsuccessfully to borrow his phone.

Abdullahi also tried to snatch another person’s phone through his car window before returning inside to finish off the victim. That’s when Briscoe called 911, and officers arrived within three minutes. K9 Officer J. Kevin Clarke then went inside the store to talk to the clerk to see if a crime had occurred – and discovered Bajgain’s body.

“There was merchandise strewn about and blood in several locations,” he testified during the trial. “The clerk was tucked up under the counter; I observed no vital signs.”

Also responding was fire Capt. John Haywood, a paramedic. He said Bajgain had “a head injury with bleeding and a skull deformity, plus face lacerations. He was confirmed dead at 1:38 a.m.” The entire crime was caught on the Sunoco convenience store’s surveillance camera, and the jury watched it.

On the video, Abdullahi walks into the store and tells Bajgain his best friend was just killed, and he wants to call his older brother. Bajgain dials the number Abdullahi gives him, but the call doesn’t go through, so Abdullahi starts throwing around the store merchandise.

He yells at Bajgain, “What is the first number to use this phone?” But Bajgain – who’d come to the U.S. from India in late 2017 – doesn’t understand what he’s saying. So an angry Abdullahi hits him, and continues striking him after he falls to the ground. At one point, Abdullahi goes into the store’s office, sees himself on the computer monitor and smashes it.

“Tell me the first number, or you will die tonight,” says Abdullahi. “I don’t understand,” Bajgain replies. Then Briscoe enters and leaves, with Abdullahi following him out. Bajgain stands but is clearly dazed from the beating. Abdullahi returns and knocks him to the floor several more times, repeatedly screaming, “Use the phone,” and telling him seven times, “You are going to die.”

Bajgain never fights back, and Abdullahi strangles him until he falls again. Abdullahi then looks around, sees the fire extinguisher, grabs it, adjusts his grip so he can swing it at the victim’s head as fast as possible and – while holding onto him – does just that. He then leaves and Bajgain takes his last breaths.

Afterward, said Bredemeier, Abdullahi was proud of what he’d done. “When told he was being charged with murder, he said, ‘Just murder, huh?’” said Bredemeier. “And when police tell him they don’t know the victim’s name, he said, ‘Of course you can’t identify him, his face is smashed in.’”

ON NOV. 22, seeking a 60-year sentence for Abdullahi, the prosecutor reminded Judge Kassabian of his juvenile convictions for crimes including assault and battery, felony assault on a police officer, and felony malicious wounding. However, defense attorney Negin Farahmand asked for 40 years instead, explaining that Abdullahi grew up poor, malnourished and abused by his father and brothers.

“He was taught that violence and aggression are ways to solve problems,” she said. “He was diagnosed with ADHD, but untreated for most of his life. He’s only 20 and not yet fully mature and was never taught any skills to cope with the traumas in his life.”

But Bredemeier said there’s good reason for the jury’s recommendation. “This was a sustained, brutal attack over a period of 20 minutes,” he said. “This defendant strangled Mr. Bajgain to the point of breaking bones in his neck, after smashing his face into a counter. And then he grabbed the heaviest thing he could find and swung it at the victim’s head. He’s so dangerous, he doesn’t belong in society.”

“This event left Mr. Bajgain’s wife a widow and his child without a father, ruined a family and brought heartache to many people,” continued Bredemeier. “And to the defendant, it’s a joke – a badge of honor and a way to improve his street cred. In a call from jail, he boasts, ‘I was on six news channels.’ It’s disgusting. It’s not a question of if, but when, he’ll hurt somebody else – and he was in a loving home, the night of this murder.”

Furthermore, said the prosecutor, “He senselessly, violently, took a life, but he gets to go on living his. He’s repeatedly shown, no matter what punishment he gets, he won’t change his ways – and he’s only gotten more and more violent. He didn’t learn from his past mistakes or reach out for help, and Mr. Bajgain’s life is the price. He doesn’t care about others or rules, and he doesn’t care who he hurts.”

Then, Abdullahi stood and said he’s not what he seems to be. “I want the family to know I have friends who’ve been murdered, so I can’t say sorry and know everything will be OK,” he said. “But I apologize for the permanence of death I caused in their lives.”

In sentencing him, Kassabian said he considered, among other things, Abdullahi’s age and the violence he was subjected to growing up. But, he stressed, “These factors pale in significance to the facts of this case – the gratuitous brutality, prolonged in duration, stopped and resumed, and your cowardice because you knew he’d done nothing to provoke or resist this attack. And you escalated it.

“I’m also struck by your complete lack of remorse, then and afterward in jail,” continued Kassabian. “And I find your statement of contrition today tardy and empty of empathy for the crime you committed and the loss you caused.” He then imposed the jury’s sentencing recommendation, plus three years’ post-release supervision.

Afterward, the victim’s cousin, Thakur Dhakal, said he was pleased with the sentence. He also said Bajgain’s wife and daughter are “healing, but it takes time.”