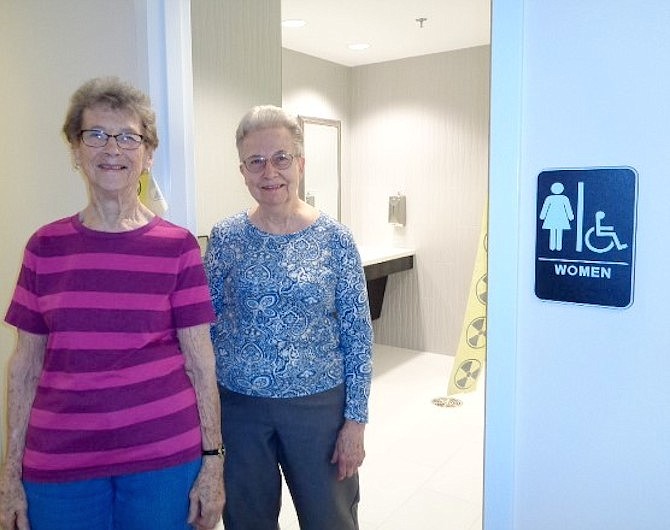 Culpepper Garden took another step forward on April 12 on its major renovation of 204 low-income apartments built in 1975. Snipped ribbons announced the completion of their newly renovated modern fully ADA accessible restrooms in the public space on the Garden Level of Culpepper Garden.

By November, nearly 40 apartments had been completed, and by April 2019 the renovation reached 75 apartments. The public restrooms on the lobby level were the first to come back into use in the common space. The current effort is expected to be completed in 2020.

Culpepper Garden will host its annual springtime party on Saturday, June 8 from 5:30-8:30 p.m. at the Unitarian Universalist Church of Arlington to help support the programs and services for the low-income residents.