‘A Tuna Christmas’ at Vinson Hall in McLean
Votes

‘A Tuna Christmas’ at Vinson Hall in McLean 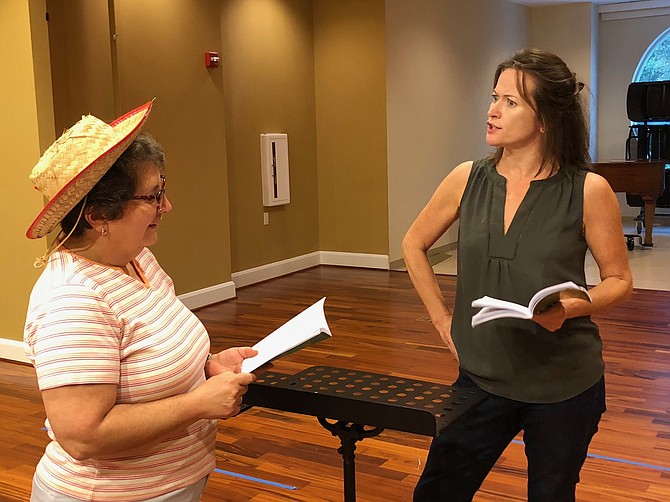 The McLean Community Players will present “A Tuna Christmas,” a comedy set in the fictional town of Tuna, the third-smallest town in Texas. Written by Jaston Williams, Joe Sears, and Ed Howard, “A Tuna Christmas” first opened on Broadway in 1994 to audience delight.

"Laughter is the best medicine. A visit to see the characters in ‘A Tuna Christmas’ at Vinson Hall is the prescription to add some madcap delight to your day no matter what time of the year,” said the show’s director, Jerry Bonnes.

In “A Tuna Christmas” the residents of Tuna are utterly in turmoil preparing for Christmas. Events are to take place all around town; including the annual Christmas Yard Display Contest, the Tuna Little Theatre production of “A Christmas Carol,” and the Station OKKK Christmas party and potluck. With all that, the Christmas Phantom is expected to play a prank involving yard displays, and the city secretary may have to cut off electricity to the theater.

According to Bonnes, the MCP production “will be true to the script. Beyond that we also need to realize that we are not trying to copy any other portrayal of the characters of ‘A Tuna Christmas,’ but creating our own interpretation.”

The MCP production does diverge from the original; there will be seven diverse actors play twenty-two roles rather than the original production, which featured two men performing the nearly two dozen roles.

With all its comedic satire, “The reality of ‘A Tuna Christmas’ is that the residents of Tuna are really no different than us. They even have the same problems, added Bonnes.

Join the antics that take place in Tuna, Texas just by traveling to McLean’s Vinson Hall.