They’re Back in Alexandria
Votes

They’re Back in Alexandria

Educational challenges ahead for students and the community. 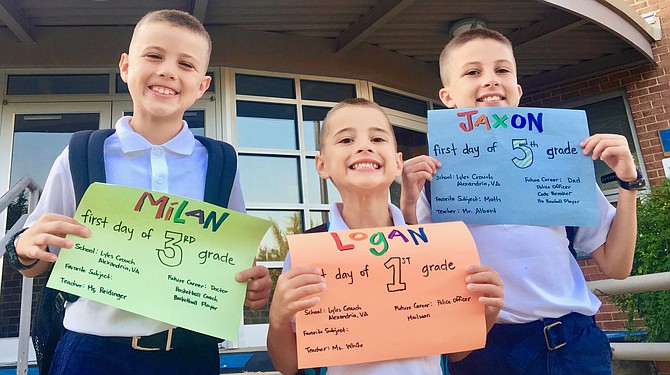 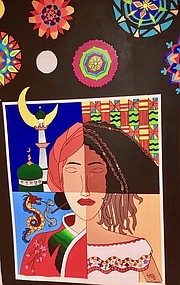 Art students have been decorating the hallways and panels throughout Francis C. Hammond Middle School. This painting, by Imabam Malik and Keyri Escalante, depicts women of various ethnic and cultural backgrounds. 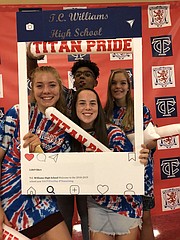 Students at T.C. Williams High School celebrate the first day of classes Sept. 4 with a photo at the school’s red carpet photo booth. 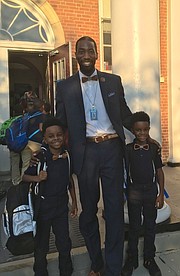 Matthew Maury Elementary School Principal Victor Powell poses for a photo with students on the first day of school Sept. 4. All three are decked out in wooden bow ties.

Students line up for their first day of classes Sept. 4 at Ferdinand T. Day Elementary. The newly opened school has a capacity of 650 and serves the city’s West End. 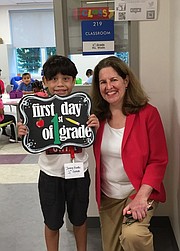 Alexandria City Public Schools (ACPS) recently kicked off the 2018-19 school year, which promises to be a busy year both for students and the larger community.

Nearly 16,000 students headed back to class on Tuesday, Sept. 4. It’s time not only for them to pay attention in school, but for the whole community to pay attention to schools. In several ways, this is a big year with much happening in public education here.

It’s Superintendent of Schools Gregory Hutching’s first year at the helm. And in November voters will choose a new School Board, with four of nine incumbents not running for reelection.

Ferdinand T. Day Elementary School just opened. Because the new school is a converted office building rather than new construction, it went faster and cost less than other projects. Such a building conversion could offer a model for future projects as well, as ACPS faces a massive arc of capital expansion in a city where land is rare and expensive.

ACPS recently began a public planning process about expanding high school capacity. What the curriculum should look like and whether there’ll be one or multiple high schools comprise one of the single most consequential political questions on the community’s horizon.

Visiting a social studies class at Minnie Howard on Tuesday, Hutchings asked the new ninth graders what they thought. Some said they want a new and bigger second high school. Another added that he’d like to see more sporting options for freshmen.

“You have some good ideas,” which a student focus group ought to discuss, Hutchings told the class.

Whether and how to expand ACPS’s provision of preschool will also likely prove a hot topic in the coming budget season. ACPS currently provides pre-K in some elementary schools, and this year is also opening a new Early Childhood Center in the city’s West End. Though its mandate from the state includes only K-12, the School Board has expressed a desire to expand early childhood education. For this, the City Council would likely have to provide more funding.

Some school principals also highlighted changes or initiatives at their level.

For a couple years now, art students at Francis C. Hammond Middle School have been decorating hallways and panels throughout the building. Pierrette Peters, Hammond’s principal, showed off their work. She plans to keep the initiative going, as one way of ensuring the students have some ownership of the school’s culture. She also plans to continue promoting college and career readiness.

Peter Balas, Minnie Howard’s principal, said that his faculty have begun “teaming.” Rather than participating in classes all around the building based on content, now students and teachers are assigned to one of eight smaller cohorts. Among other benefits, this new arrangement aims to improve teacher-to-student and peer-to-peer relationships, he said.