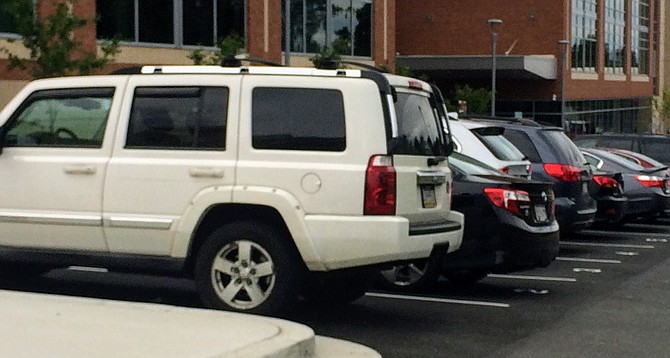 The Board of Supervisors, on July 31, reduced the minimum age requirement at The Woodlands Retirement Community in Fairfax. The case, discussed by the Planning Commission earlier in July, led to a discussion about impervious surface, parking spaces and seniors who wish to keep their cars.

Vice Chairman and at-large commissioner James Hart asked, “Do we have a formula or other criteria for evaluating how many parking spaces are needed for senior housing generally?”

Hurley said, “I believe that the current formula is one parking space for four units which is found to be way under.”

“Is the formula obsolete,” said Hart? “Do we have a formula that needs to be revisited?” he asked.

Lynne Strobel, land use attorney, represented Woodlands Retirement Community, in the specific case before the Planning Commission and Board of Supervisors. “So what has happened, and I think this is not just on this property, I’ve seen this at other locations that I’ve worked on, if someone who is older does not use their car, they want to have a car, because it’s a symbol of independence. They know it’s something they could use it if they wanted to,” said Strobel.

“Parking is such a quality of life issue, it makes people so angry that there aren’t enough parking spaces and we have enough apartments or town houses where people are fighting about that sort of thing. If the formula is stale, maybe it’s a suggestion to put it on the work program to reevaluate.” said Hart.

More parking will affect environmental issues too, said Hurley. “When you’re building more parking you now have to balance the trees versus the storm water.”

“To your point that we’re going to have to consider this more and more, I think it is a good work plan item,” at-large commissioner Timothy Sargeant said.

Dranesville Commissioner John Ulfelder said, “One of my favorite questions. We’re dropping the minimum age from 62 to 55. So for a married couple, can or do both have to be 55 to move in?”

“One has to be 55,” said Zachary Fountain, county planning staff.

“So the other partner can be younger,” said Ulfelder. “The point here being at age 55 somebody who wishes to maximize their social security in the current plan would be working for 15 more years. So they would be going and coming at least on a weekly basis, or a daily basis, to go to work.

“Does that potential have impact on the transportation issues, traffic issues?” said Ulfelder.