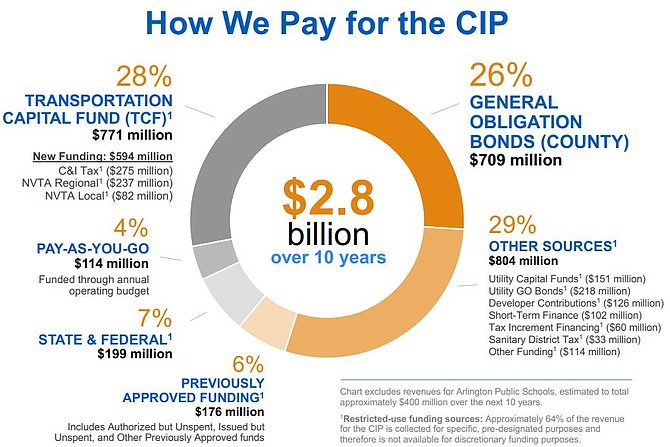 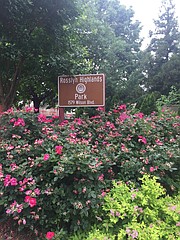 Rosslyn Highlands Park is one of the few renovations projects in the CIP that will receive follow-through funding. Also budgeted are the Fire Station 8, Jennie Dean Park, Lubber Run Community Center and the Long Bridge Park Aquatics and Fitness Facility.

Arlington’s fiscal woes show no signs of slowing down as, fresh off approval from the operating budget, the County Board moves into its Capital Improvement Plan (CIP) budgeting season. At County Manager Mark Schwartz’s presentation on May 22, Schwartz outlined a $2.8 billion budget that prioritizes Metro and schools, as well as a few core infrastructure projects, but scales back or puts on hold county projects.

The start of this was visible during the county’s operating budget process, when Schwartz first alluded to scaling back some of the planning corridors which had been in discussion for years. The neighborhood conservation efforts were hit with a near halving of their 10-year funding, from $60 million to $36 million. Mosaic Park and Penrose Square, two other conservation projects, were put on hiatus. There had been $15 million budgeted for land acquisition for new parks, but the new CIP scales that back to $3.5 million. Schwartz’s said the scaling back could impact 30 acres of parkland.

Government facilities were hit with the budgetary setbacks as well. Interim improvements scheduled for $3 million at the Buck property and $1.5 million for demolition of buildings at Carlin Springs were both deferred. The $12.5 million renovation of the Police/Courthouse building is put on hold as well. Planned changes to the North Side Salt Facility were scaled back to make maximum use of the $2.4 million currently allocated.

While the Metro will receive the lion’s share of the CIP increases, within Arlington there are only cuts to show for the investment. Additional Metro entrances planned for Crystal City, Ballston, and East Falls Church stations at $230 million are all “at risk” due to pending regional funding decisions. Meanwhile the budget will maintain Arlington’s paving roads but will not be improving paving conditions.

“At least for the near term, these are not going to be easy exercises,” said County Board member John Vihstadt.

Schwartz warned that any item added to the budget will also be forced to find a corresponding priority to take away from. Looking at the future of the budgets, Schwartz said he had a conversation with someone from a rating agency and said he’d indicated that Arlington County would likely have to increase its tax rate next year to keep up with rising demands.