Singer/songwriters Kathleen Huber and Tom Bodine are members of the Reston/Herndon Folk Club. 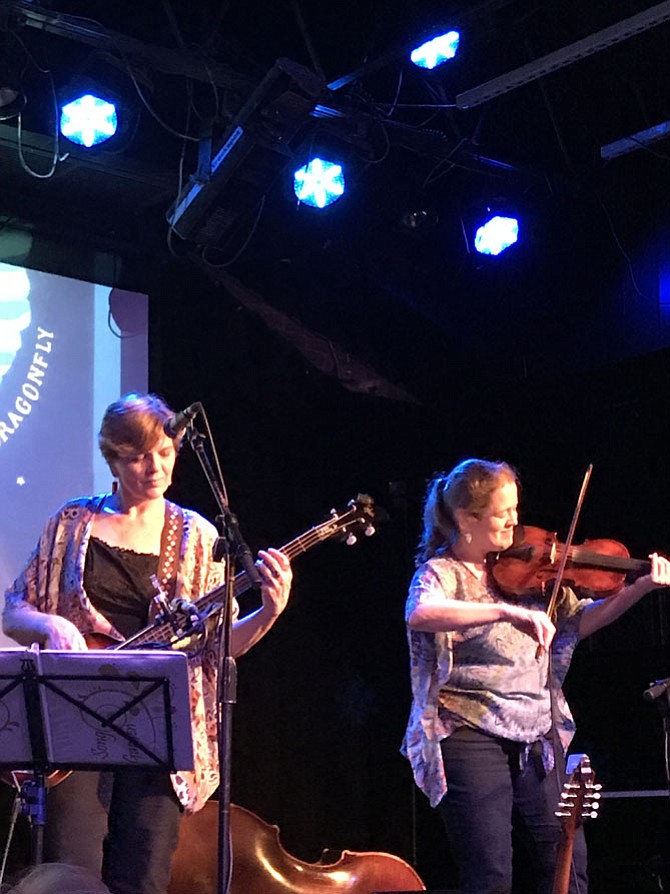 Karen Huber (bass guitar) is joined by Marcy Cochran (fiddle) during the CD Release party for "Bluebird Dragonfly" by "Song Garden" held at Jammin' Java in Vienna. Both are members of the Herndon/Reston Folk Club. Photo by Mercia Hobson. 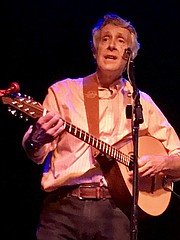 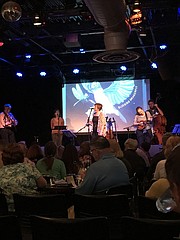 The Northern-Virginia based acoustic duo singer/songwriters Tom Bodine and Kathleen Huber, known as "Song Garden," released their new album, “Bluebird Dragonfly" this month. Bodine and Huber are members of the Reston/Herndon Folk Club.

According to Songgardenmusic.org, "Bodine’s CD "Bring Me Back" (2012) was nominated for a Washington Area Music Association (WAMMIE) award in the Contemporary Folk category. Kathleen is a former member of "Ladies Done Waiting" and "The Northbrooks" who released their CD "Yes, Yes" in 2014.

Described as possessing "thoughtful lyrics and inviting sound,” the show brought the house down with standing applause at its conclusion.