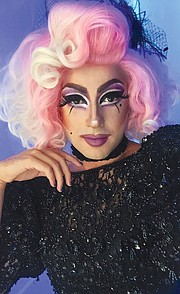 The first ever Reston Pride Festival will be June 2, 2018. This family friendly, alcohol-free event, will feature more than 10 performers, presentations by area political leaders and faith leaders, 35 booths and exhibits, food and music from 2 to 6 p.m. at the Unitarian Universalist Church in Reston (UUCR), 1625 Wiehle Avenue, Reston.

Reston Pride is sponsored by the Unitarian Church in Reston and cosponsored by 18 Reston area-based organizations including six churches and synagogues, Cornerstones, and the YMCA as well as several corporate sponsors.

“The goal of the first Reston Pride is for the greater Reston community to support and celebrate its LGBTQ community,” said the Rev. Dr. Debra W. Haffner, recently settled minister at UUCR. “As someone new to Reston, I was surprised to discover that despite Reston’s founding commitment to diversity and inclusion, there had never been a Pride festival in Reston. I am delighted by the enthusiastic response and support we are receiving for Reston Pride, often from groups and organizations that have never spoken out before on LGBTQ issues. We look forward to a great day for LGBTQ people, families, teens, and allies and the start of an annual tradition.”

Haffner’s adult son Greg will emcee and perform as Mama Celeste at Reston Pride. The San Francisco Chronicle named Mama Celeste as one of the up and coming drag performance artists in the Bay Area and she will be hosting Oakland’s first drag festival in May.

People are encouraged to visit Reston Pride on Facebook (www.facebook.com/RestonPride/), Twitter (www.twitter.com/RestonPride) and online at www.uureston.org/reston-pride. Volunteers are still needed the day of the festival. Email restonpride@uureston.org to sign up.