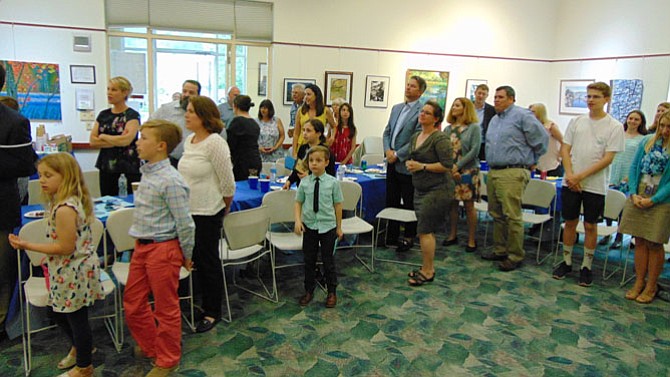 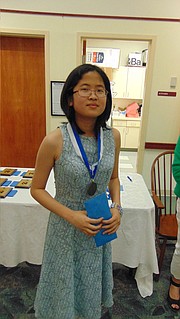 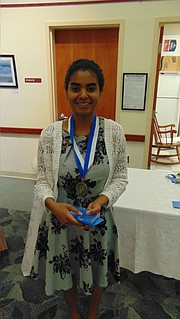 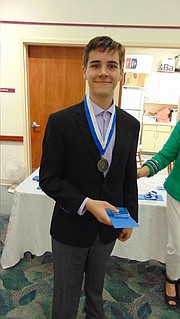 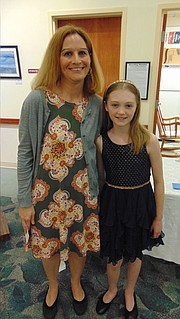 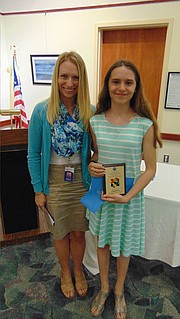 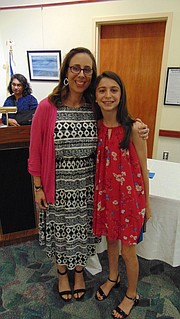 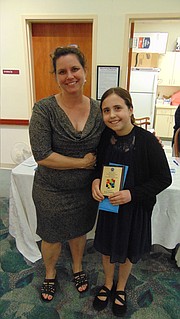 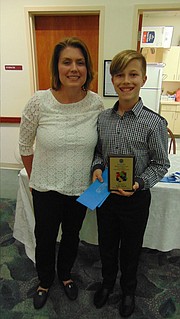 The Great Falls Optimist Club held an awards ceremony on Thursday, May 10, 2018, at the Great Falls Library honoring exceptional youth in the community. After a crowd of about 50 people dined on a meal catered by Deli Italiano, the club gave out awards for the Optimist International Essay Contest; Oratorical Contest; and Helping Hands Recognition Awards. Children participated from schools in Great Falls, McLean, and Reston.

“I’m inspired by the children who have stepped up to compete and to be a step above in their individual schools and I congratulate them for making the effort to do what they’ve been doing,” said Linda Thompson, President of the Great Falls Optimist Club.

FOR THE ESSAY CONTEST, this year’s topic was “Can Society Function Without Respect?” Essays were 700 words minimum and were selected as the most outstanding from six area high schools and middle schools.

For the Oratorical Contest Winners, Robbie Folson tied for first place and received $250. “The question was ‘What Are My Roots of Optimism,’ and I based my speech around my root of optimism being my family and my teachers. And my teachers were probably the biggest part of that with my sixth-grade teacher being part of that, too,” said Folson, an eighth-grader at Langston Hughes Middle School. His parents are Rachel and Rob Folson of Reston.

Alessandra Mandala-Kol, 17, also tied for first place in the Oratorical Contest and received $250. “My goal for the speech was to convey that my roots of optimism come from love. Even though that’s a broad term, I specified exactly what I meant and how specific instances in my life have caused me to have optimism, like the love I have for my sisters, love my parents have always showed me as a young child, and how that makes my future seem so much brighter,” said Mandala-Kol, an 11th grader at South Lakes High School. Her parents are Justin and Monica Mandala-Kol of Herndon. The second-place winner was Yeojae (Jeannie) Oem of Longfellow Middle School; and the third-place winner was Mingy Qu of McLean High School.

The following students are winners of the Helping Hands Awards. Winners received a plaque and a check for $250 that goes to the student’s school.