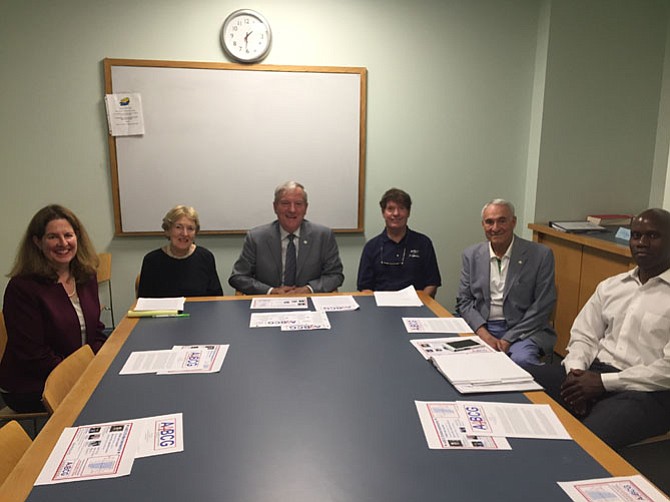 As campaign season comes around, endorsements come in for each of the candidates to shape the tapestry of their supporters. In a small room in a back corner of the Beatley Central Library, a small gathering of the non-partisan political action committee Alexandrians for Better City Government (A4BCG) pledged their support to Mayor Allison Silberberg and three City Council candidates. Silberberg will face off against Vice Mayor Justin Wilson in the June 12 Democratic Primary.

Robert “Bob” Wood, a Republican, said the group’s goal is less politics and better policy. Wood said the group endorsed Silberberg as a principled candidate who listens to the community.

The group also endorsed three non-incumbent candidates; Matt Feely, Robert Ray, and Mo Seifeldein. With one of the group’s aims being elimination of the incumbency bias, A4BCG leadership also encouraged voters to vote for no more than for Silberberg as mayor and three City Council candidates.

“I’m honored to be chosen and I appreciate the hard work that went into this,” said Silberberg. “I feel strongly that in the past few years we’ve tackled a lot. The city is doing great things quickly now, and we’re committed to moving our city forward together.”