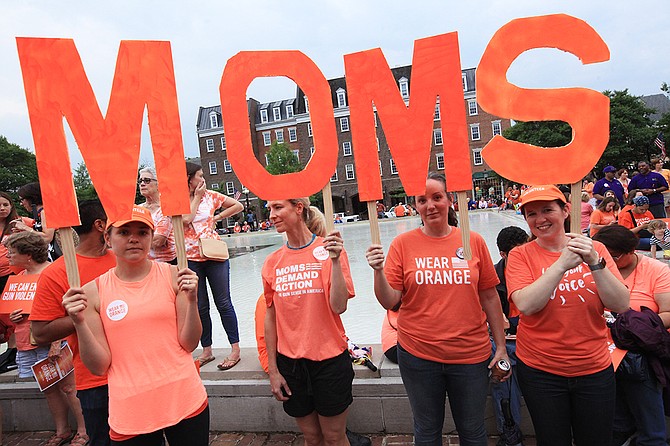 Residents, local Democratic politicians and candidates donned orange shirts and outfits to commemorate 15-year-old Hadiya Pendleton, who was shot and killed in Chicago a week after performing at President Barack Obama's second inaugural parade in 2013. The event was coordinated by the Alexandria chapter of Moms Demand Action and Everytown For Gun Safety.