New Day for Arlington County Board

“We were concerned about turmoil in the Trump era and we got it in 2017.” — Katie Cristol, Newly Elected Chair, County Board 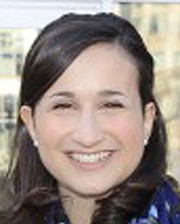 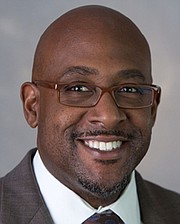 “‘Tell the old story for our modern times,’ Katie Cristol began her first address to the county as its newly elected chair. ‘Find the beginning.’” This lovely phrase is from Homer’s ‘The Odyssey’ as interpreted this past year by the first woman to ever publish a translation in that epic poem’s long history. This narrator’s command to the muse has more traditionally been translated as ‘relate some part of this to me’ or ‘tell me about these things’. In Emily Wilson’s hands in 2017, it became no less spare but considerably more meaningful.”

Cristol said that she found translations to be a way of examining mythologies and histories through a contemporary lens, a thing she said she hopes to do with Arlington’s guiding framework in 2018. At its meeting on Jan. 2, the County Board laid out its vision for the year to come.

“In 2018, what does it mean to translate Arlington’s history, our community values, even our foundational texts for our modern times?” Cristol asked. “To tell the old story of Arlington is to tell of the fight for inclusion, of defiance to massive resistance to integration of the public schools, of waves of immigrants and refugees shaping the county’s culture and economy. In our current national moment, Arlingtonians rise to affirm these values.”

Cristol said these guiding principles have been interpreted in the modern era to focus on affordable housing as a bedrock issue for the county. Cristol argued that the root of what the community in Arlington looks like and who calls it home is a function of who can afford to live there.

In 2018, Cristol also noted that Arlington will struggle with regional problems like Metro and national problems.

“We were concerned about turmoil in the Trump era and we got it in 2017,” said Cristol.

“There’s fear among undocumented residents, upheaval in tax credits that finance affordable housing projects, a paroxysm of hate 100 miles south that left us, like other Virginia cities, grieving and questioning our ability to protect each other.”

Cristol said the county will have to do its best to weather these challenges, and newly elected Vice Chair Christian Dorsey emphasizing Arlington’s role in the future of the Metro system.

“The Metro is a $40 billion asset we co-own,” said Dorsey. “Essential not only to who we are, but what we want to be. We cannot allow it to be degraded or continue to contribute while governance role is diminished.”

Dorsey also said one of his ambitions for the new year was to establish a consumer protection bureau within the county to handle the frequent complaints about predatory towing and lending practices, rental housing issues, and general contract enforcement complaints. Dorsey said the bureau would not require substantial new funding, instead consolidating resources already deployed across multiple departments and building an online portal to connect local citizens to their county resources.

Other members of the County Board expressed their agreement with Cristol and Dorsey’s vision for the future and outlined a few of their own topics of particular interest. John Vihstadt, an independent who will be running for re-election later this year, said the county should work towards implementing a clear cost/benefit fiscal analysis for every new development, to include a concise study on how each project will impact schools, tree canopy, and infrastructure. Vihstadt said this type of very selective decision making will be more vital in a year where the County Board directed the manager to plan for no tax increase.

Libby Garvey, the senior-most member of the County Board with the retirement of Jay Fisette, said one of the issues she’s been pressing most heavily on for the last few years has been the ability for Arlingtonians to pay online for permits. Garvey said last year she believed this possibility would be coming soon, and as of this year it is still not available. However, Garvey said discussions with staff has indicated that the ability to pay online for permits should be available within the next few months.

The newest member of the board, Erik Gutshall, said that he vowed to approach every topic presented to the board with an open mind.

“I will not tolerate a pay to win mentality from any side,” said Gutshall. “I cannot promise everyone will get what they want, but do pledge an inclusive and level playing field with no predetermined outcomes.”

After the meeting, Cristol noted that she supported the ideas put forward by the other County Board members, but that it was going to be difficult.

“I was intrigued by the consumer protection bureau,” said Cristol, “but any new initiative comes with the asterisk that this is a tough year for the budget. But over the long term, I’m intrigued by the proposal.”

Over the next few months, Cristol said dealing with the county’s budget will be the year’s most immediate challenge.

“This year will feel different in terms of the budget,” said Cristol. “It will probably be familiar to those who lived through the economic downturn and the first impacts of [base realignment]. It’s a year where we are making cuts instead of additions.”

Longer term, Cristol said the Metro will be Arlington’s looming crisis that could have a large impact on budgets in years to come. Cristol said if a solution to the Metro’s funding crisis doesn’t come this year, the situation will be even more dire in the next.

The County Board’s next meeting will be held on Jan. 27.