Fighting the System or Ineffective Leadership? 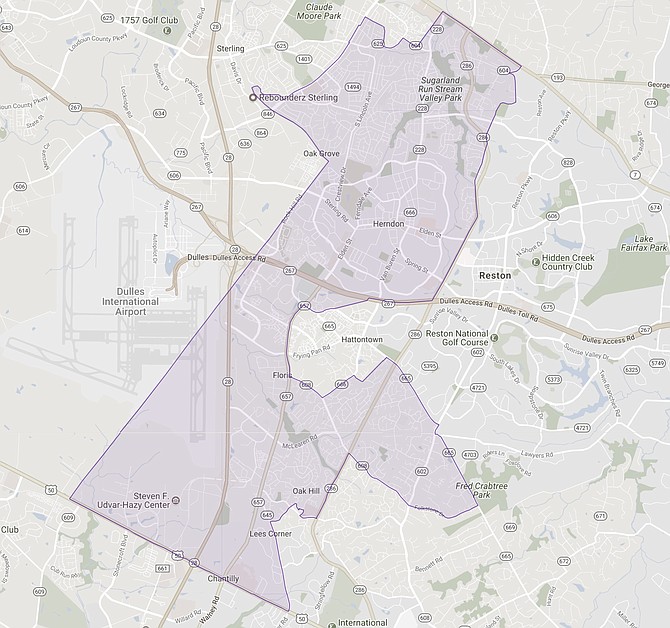 The 86th House District stretches from Chantilly through Oak Hill into Herndon and Sterling. (map from the Virginia Public Access Project) 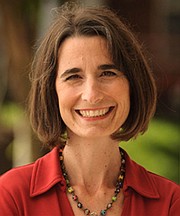 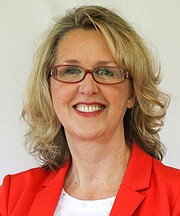 When freshman Democrat Del. Jennifer Boysko (D-86) introduced a bill she calls Whole Woman’s Health Act, she hoped it would provide women with a fundamental right to an abortion. No statute or regulation would have been able to restrict a woman’s access to an abortion. But that’s not what happened. Instead, the House Courts of Justice dismissed the bill without giving it a hearing. Boysko responded by staging an unusual press conference, where she publicly accused Courts of Justice Chairman Dave Albo (R-42) and the Republicans of shutting down debate and bulldozing through the opposition.

“They kill bills without allowing them a hearing. They kill bills that aren’t on an agenda with perhaps only 20 minutes notice to the patrons. They kill bills in unrecorded voice votes,” said Boysko in the February press conference. "And they have killed bills, for example, to raise the minimum wage, to establish paid family leave and to help students refinance their loans all without a recorded vote.”

The press conference was a shock to the system in Richmond, where the genteel nature of sausage-making often plays by a set of unwritten rules. And here was a freshman Democrat from Herndon violating two of them: never publicly criticize the chairman of a committee where you have pending business, and never make it personal. Boysko did both. Republicans reacted by killing all of her bills. She ended the session with little to show for it except for an opioid bill she says a Republican colleague stole from her without even reading it first.

“What has she done?” asks Republican challenger Linda Schulz. “Look at her record.”

How Long Have Voters Lived Here?

THE 86TH HOUSE DISTRICT stretches from Chantilly through Oak Hill into Herndon and Sterling. Until Boysko was elected in 2015, the district was represented for 14 years by former Herndon Mayor Tom Rust, a Republican whose popularity kept him in office despite the leftward shift in the demographics of the district. Voters in the 86th regularly side with the Democratic candidate in statewide elections, and Boysko took 54.5 percent of the vote against Republican Danny Vargas in her first election to the House of Delegates, even though the Vargas campaign spent over $1 million compared to Boysko campaign’s $693,000.

"Tom Rust was a moderate Republican who managed to hold that seat even as it became bluer and bluer,” says Geoff Skelley at the University of Virginia Center for Politics. "But now Jennifer Boysko controls it, and there’s little reason to think she’s in danger.”

Like most of Northern Virginia, House District 86 went for Hillary Clinton by 63 percent to Trump’s 31 percent in last year’s presidential election. Democrats say that was probably their high-water mark in terms of turning out their voters, who tend to vote in much larger numbers during presidential cycles. But recent odd-year elections have also seen the district move solidly into blue territory. Terry McAuliffe, for example, won the district by 21 points when he ran for governor in 2013. That means any Republican would face an uphill challenge beating an incumbent Democrat to regain the seat.

"It is very hard to see a single district held by Democrats this cycle really coming into play,” said Skelley. "Republican control in the House of Delegates is about as extended as it can be, so the seats that Democrats hold are all very Democratic.”

“She does a lot of commending resolutions, which is nice. But beyond that, she doesn’t really make an impact.”

SCHULZ, 55, is a native of Utica, N.Y., who was raised in Troy, Mich. She has a bachelor’s degree in marketing and finance from the University of Michigan. Professionally, she has worked as a market-research professional specializing in automobiles and transportation. She moved to Herndon eight years ago, and started taking an interest in the local political scene. She first met Boysko during her unsuccessful 2013 campaign against Rust, who was defending his seat for the last time. Boysko arrived at Schulz’s doorstep to campaign, and the two talked politics. Schulz said she was already supporting Rust, and the two parted ways. Boysko lost the 2013 election against Rust by 32 votes. Since that time, Schulz says, she’s watched as Boysko’s bills have gone down in flames in the GOP-controlled General Assembly.

“She does a lot of commending resolutions, which is nice,” said Schulz. “But beyond that, she doesn’t really make an impact.”

Schulz says she would opposes Medicaid expansion and that she would vote against efforts to allow local governments authority to remove Confederate statues. She would also vote in favor of hospital construction standards for abortion clinics. But unlike most Republicans in the House of Delegates, though, Schulz says she would vote to close the gun show loophole. If elected, she says she would introduce legislation to reduce or eliminate licensing requirements for contractors, although she declined to name specific licensing requirements that might be reformed. She says she would work with those on both sides of the aisle who are trying to limit how many out-of-state students Virginia colleges and universities can admit. And she says she would also introduce legislation to make sure traffic lights are timed to prevent traffic congestion.

“When I talk to voters, this is the topic I hear them talking about more than anything else,” said Schulz. "So my market research hat went on.”

“This isn’t about my ego. It’s about me being a team player, and caring about my constituents — doing whatever I have to do to make sure that the legislation gets passed, and sometimes that’s not taking the credit.”

BOYSKO, 50, is a native of Pine Bluff, Ark., who was raised in Hot Springs, Ark., before attending high school in Montgomery, Ala. She earned a bachelor’s degree in psychology and French at Hollins College (now Hollins University) in Roanoke. After that, she launched a career in government service, working for U.S. Sen. Richard Shelby when he was a Democrat and later for Dranesville Supervisor John Foust. Her election in 2015 secured a veto-proof bloc of Democrats in the House of Delegates — not enough to get much of their agenda passed, but enough to keep McAuliffe’s vetoes from being overturned. Boysko dismisses criticism from her Republican opponent that she’s ineffective in Richmond.

“This isn’t about my ego,” said Boysko. “It’s about me being a team player, and caring about my constituents — doing whatever I have to do to make sure that the legislation gets passed, and sometimes that’s not taking the credit.”

As an example, Boysko points to House Bill 1449, which would have expanded the number of people authorized to administer the drug Naloxone, which is used to counteract opioid overdoses. Her bill was killed in the Health, Welfare and Institutions Committee. But a very similar one was passed by Del. Dave LaRock (R-33).

Boysko does not shy from her image as one of the leading figures in the resistance to Republicans, though. And she says if she’s elected to another term, she’ll go back and fight for Medicaid expansion and two bills guaranteeing equal pay for equal work.

“The governor has an executive order that codifies that everyone in the state government has a set of criteria making sure that equal pay for equal work is done in the state government, and I had a bill that would have codified that into law,” said Boysko. “The other mandated that when you go for a preliminary job interview, they don’t ask your wage history. That’s something that would help women and minorities, who are often left behind on the pay scale.”