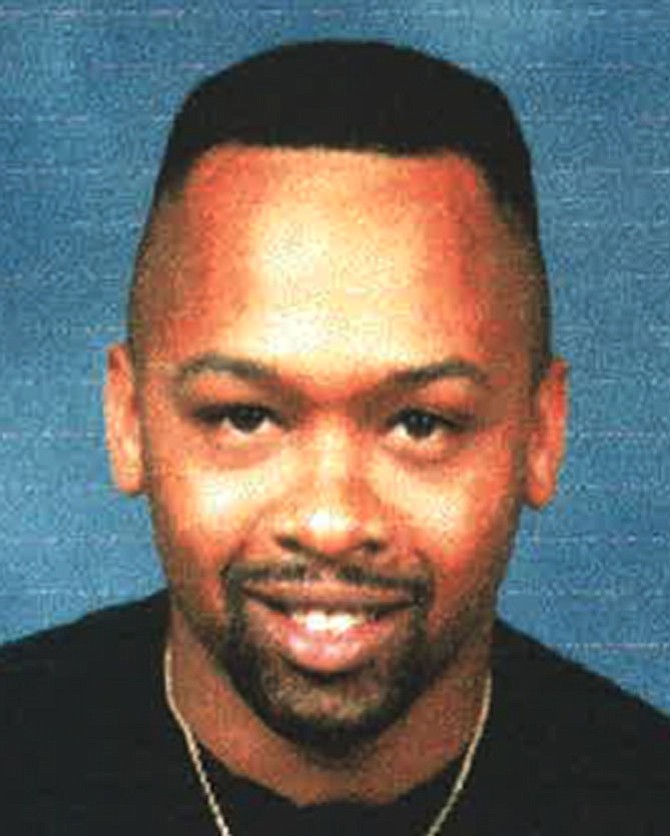 Alexandria — It seemed like Aug. 21 was going to be a good day for Curtis King. It was the

”This wasn’t a run-of-the-mill shooting or anything King had done wrong. He was gunned down, and there was not a freaking clue.”

end of summer in 1994. King had just returned to his house on 6100 block of Edsall Road from southern Virginia for a reunion. He’d gone out to grab some food at McDonald's for his children, and was just going out to see another relative who was in town. But as he walked out of the house, King was murdered in a hail of gunfire in front of his house.

King’s murder is one of the cold cases that haunts Alexandria: Cases where investigations where the Alexandria Police looked through the clues and hunted for suspects, but came up empty. But these cases aren’t forgotten. Years later, Police Sgt. Dave Cutting and Detective Ryan Clinch are still looking through the Alexandria’s cold cases and looking for new information.

As the investigation started, the police started looking into King’s personal and professional life for some connection or motive behind the murder. King was 27 years old, a sergeant in the Army stationed at Fort Belvoir. But according to Cutting, that was about as far as the investigation got. King seemed quiet, keeping mostly to himself, and there was no evidence of drugs or gambling in his personal life. The murder most likely hadn’t been intended as a robbery; nothing was stolen from his body. The police looked at other robberies and crimes around that same time and found nothing.

Despite having a car and a description of the suspect, the case began to go cold very quickly. The police put out flyers with a picture of King and information about the crime. The Alexandria Police, the family, Crime Solvers, and the Army all put money as a reward for evidence that helps solve the case. Still nothing.

Cutting says there are some cold cases where police have a chief suspect, but there’s not enough evidence to pin the person to the crime. King’s murder, Cutting says, wasn’t one of those.

“What jumps out at me was King was a soldier and a pretty quiet guy,” said Cutting. “This wasn’t a run-of-the-mill shooting or anything King had done wrong. He was gunned down, and there was not a freaking clue.”

What gives Cutting some hope for the case is the detail that the shooter climbed into the passenger side of the car.

“So there was a driver involved,” said Cutting. “Someone knows. Whether it’s the driver or someone [the shooter] eventually talked to about it, someone out there knows.”

But while the case has gone cold, it’s still very much a part of the lives of King’s family. Kyannah King was 3 years old when her father was murdered. Everything she knows about him came secondhand from other family members.

“From what I was told, he was a very outgoing person,” said Kyannah King. “He played the drums and piano. He rode a motorcycle. He was very athletic. But that’s all I know about him.”

Kyannah King said the murder wasn’t something that was openly discussed in her family until one day she and her sister asked her mother what had happened. Kyannah King said she her mother and grandmother were haunted with questions; wondering whether his killers had been friends, people he knew, or if he was just in the wrong place at the wrong time.

The way the scene had been described to Kyannah King, her father had been found by a small pile of cigarettes and a McDonalds bag. Only after his death did her mother find out that Curtis King smoked.

“It was very hard,” said Kyannah King. “I am very independent and a stronger person due to this situation. My mom was the only one that raised me, it was just me and my sister. My sister was scared, she was little and didn’t know what happened.”

Kyannah King said it was her grandmother, Curtis King’s mother, that for years had kept the search alive. When Kyannah King grew up, it felt like this responsibility was being passed down to them.

“I want to know,” said Kyannah King, “just for all of us to get closure. My grandmother is about to be 84. I want to find out some information for her too. She put it in our hands. It’s very hard growing up without a father. I can’t say that it was easy or it’s OK. Don’t have my father to walk me down the aisle.”

Like Cutting, Kyannah King’s hope for this case rests in the knowledge that somewhere out there knows more about what happened to her father.

“My God-sister told me that the area we were living in was a very tight community type area,” said Kyannah King. “It was a place where people come together, sit outside, and chit chat. It was an open and public area. She felt that if we did continue the search, someone that lived in that area could probably help in some kind of way.”

Now, 23 years after the murder, Kyannah King said her main motive is closure for her grandmother. For Kyannah King, it’s still an emotional topic, but it’s one she’s mostly come to terms with.