Conversations Brew During ‘Coffee with A Cop’ Day in Herndon
Votes

Conversations Brew During ‘Coffee with A Cop’ Day in Herndon 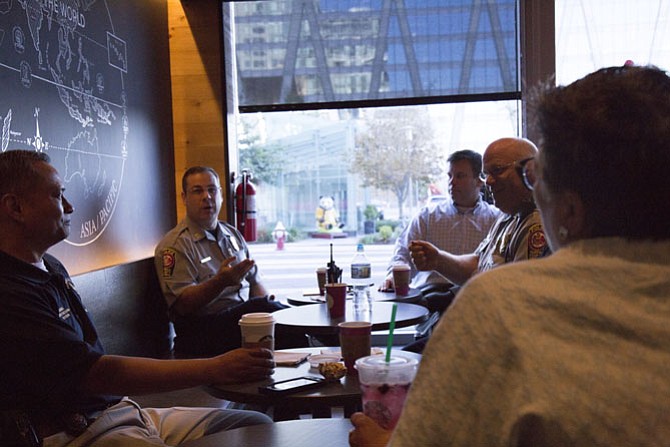 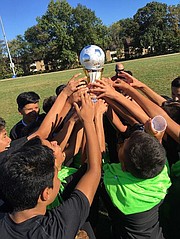 The Herndon Police Department played Herndon Middle School students in a game of soccer on Tuesday, Oct. 3. The grownups lost 2-3.

The first Wednesday in October has been deemed National “Coffee with A Cop” Day and police officers in the county took time to brew up conversations in their communities — one cup of coffee at a time.

“Community policing is basically engaging with the community so that there’s always an open dialogue so that we can solve problems,” said Herndon Police Department Lt. Mike Berg.

In an effort to connect more with its younger citizens, the Herndon Police Department created a new social media profile this month on Instagram: @herndonpolice.

Lisa Herndon, a former radio personality with WINC, 92.5 FM, in Leesburg, started working for the department as a public information specialist in July, one of her goals being to help boost the department’s social media activity and presence.

“We want to engage in all segments of the community, whether it’s parents, grandparents, uncles, aunts; but if this is where middle schoolers and high schoolers are, we want to be engaged on that platform as well,” said Berg. “The younger generation was one of the major driving forces behind this.”

While Berg does not recommend for citizens to report crime or emergencies on social media — simply because the accounts are not monitored 24-7 like the emergency call number 911 or the non-emergency department numbers are — he recognizes them as a vital way for the department stay in tune with the citizens they serve.

“It only makes sense for the police to be on platforms where the public they serve are,” he said. “In reverse, they can also reach us; it’s a two-way street.”

The department just finished engaging in person with some of its younger constituents at the Herndon Middle School on Tuesday, Oct. 3, over a game of soccer.

“HPD lost a close one to @herndon.middle.school 3-2. HMS will keep the trophy … until next year #HerndonPD,” an Instagram post said.

The game is quickly becoming an annual tradition, as this is the second game the department has waged with the middle school since 2016.