‘On Behalf of a Grateful Nation’ Alexandria Honors its Veterans
Votes

‘On Behalf of a Grateful Nation’ Alexandria Honors its Veterans 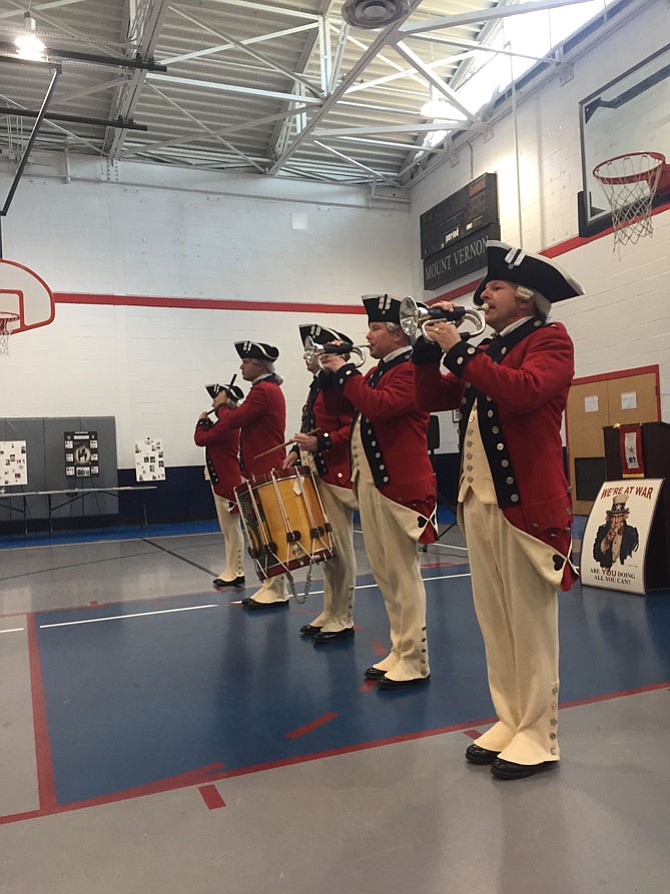 The West Point classmates of Rocky Versace from the class of 1959. 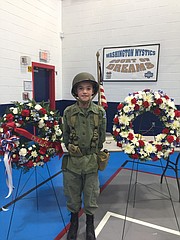 Ian Doerrer dressed in a uniform.

Captain Humbert Roque “Rocky” Versace didn’t break. He didn’t even bend. He spoke English, French and Vietnamese, so his captors focused on him during interrogations, but they could never get the better of him. Other captives who lived alongside Versace in a prison camp in Vietnam said he set an example to the other prisoners held captive by the Viet Cong. Nick Rowe, also a prisoner of war, said Versace told his captors that they could make him go to class, and they could make him listen, but that he wouldn’t believe a word they said. Versace was taken away by his captors, singing “God Bless America” before he was executed in 1965.

Veterans Day is dedicated to honoring those who fought for the United States throughout its history. But at the Mount Vernon Community Center, the small ceremony held in the gymnasium more specifically honors the 67 Alexandrians who left to fight in Vietnam and never came home.

Friends and family of the 67 lost Alexandrians gathered together to share their stories. Gary Jordan lost his older brother, Cpl. Wayne Jordan. Wayne Jordan was the oldest of seven siblings, and Gary Jordan was only nine when the news came about his brother.

“I remember him in uniform,” said Gary Jordan. “He was a gentle giant. I remember him being young, he was 20, but you don’t realize how young that is until you get older.”

Gary Jordan said the death of his brother changed their family.

“The impact was unbelievable,” said Gary Jordan. “For me, being the next boy in line in the family, it set a standard. It set the expectations in our family.”

Now, on Veterans Day, Gary Jordan said the memories of his brother give him a different outlook from many Americans.

“It gives me a feeling of honor and respect for what these guys have gone through,” said Gary Jordan. “We really take for granted the way of life they fight to preserve. I have the utmost respect.”

Raymond Williams Jr. was five when his father was killed in Vietnam, but his shadow was impossible to escape. Everywhere he went in Alexandria, where his father had also grown up, people would double-take as he walked by and would come up and ask whether he was Raymond Williams’ boy. Though he lost his dad at a young age, he grew up surrounded by a community where he would always hear new stories about his dad. Now Raymond Williams Jr. says his son, Raymond Williams III, is old enough that he looks like his grandfather and gets the same reactions.

“The country doesn’t honor its vets, it gets politicized,” said Raymond Williams Jr. “Our President dodged the draft but is still willing to start a war. Most Americans support vets, but [the politicians] don’t.”

Many of those connected with the ceremony were either Vietnam veterans or the friends and family of veterans. Chantley Ward, a member of the Society of Daughters of the United States Army, said her father and brother were West Pointers, and her brother was injured by a landmine.

“We’ve known not only fathers who served, but sons,” said Ward. “Some who didn’t make it back; some who did.”

“This is one of the most hidden parts of our freedom,” said Ann Otto Warfield, also a member of the Society of Daughters of the United States Army, “the protection of it. We need to speak; to be reminded.”