Second trial in the murder of Shakeel Baldon ends in not-guilty verdict. 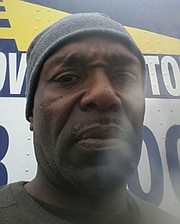 Over one year after Terry was arrested and indicted for the murder of Shakeel Baldon, seven months after a first trial ended with a hung jury, Terry walked out of the courthouse a free man.

On May 5, 2016, Shakeel Baldon was stabbed to death by an assailant as he walked with Pamela Callaway Terry. Based largely on the testimony of Pamela Terry, her husband Clarence Terry was arrested. In the case put together by the police and the prosecution, Terry was accused of approaching Baldon and killing him after a series of escalating domestic disagreements.

But as the investigation turned into prosecution, trouble began to emerge with the Commonwealth’s case. Pamela Terry had lied to the police, several times, saying at first that she hadn’t seen anything and her husband wasn’t there. Eventually, not only did Pamela Terry say that Clarence Terry had been the one to kill her husband, but that he’d given her the knife and that she’d disposed of it.

In the first trial, the jury was divided over whether or not Clarence Terry had committed the murders, but dismissed the charges against him of assault and battery.

“[The second trial] wasn’t much different,” said Michael Hadeed, Clarence Terry’s court-appointed lawyer. But Hadeed said this time around, the defense had a few changes working in their favor.

Hadeed said the linking of the domestic charges to the murder charge in the first trial was done to get around marital privilege, specifically allowing access to traditionally privileged communication between the two where Clarence Terry had allegedly been making threats. But with the domestic charges dropped in the first trial, Hadeed was successfully able to have marital privilege reinstated, suppressing evidence from marital communications between Pamela and Clarence Terry. The Commonwealth was also not able to compel Pamela Terry to testify and she chose not to.

“Without witnesses, without a murder weapon, without any direct evidence, all of the circumstantial evidence must be consistent with guilt and inconsistent with innocence,” said Hadeed. “If jurors believe for a minute another person could have done it, they have to.”

Given the inconsistencies in Pamela Terry’s testimony, Hadeed was able to successfully petition the court to argue third party guilt.

“They took DNA swabs from the home of [Pamela] Terry but never sent them to a crime lab for analysis,” said Hadeed. “They never sent the purse, which held the knife, the one where the knife was, to the lab for analysis. They never checked any of the dumpsters, trash bins, etc. in the area. The police, to their detriment, ignored a lot of other evidence that they could have pursued for the reason that they believed it was [Clarence] Terry.”

For Clarence Terry, the moment when the jury came back into the room, but before the verdict was read, seemed to stretch out.

“It was mixed emotions,” said Clarence Terry. “There was fear and anxiety, but to be quite frank, I was confident. I was confident in the job Mr. Hadeed did.”

Commonwealth Attorney Bryan Porter said he couldn’t say much about the case except that their office was disappointed in the verdict but respected the decision of the jury.

For much of the time that he was incarcerated, because of the nature of his alleged crime, Hadeed and Terry say he was held in isolation.

“I was only allowed out for two hours a day because of the nature of the charge,” said Clarence Terry. “I was angry. I had to start dealing with the mental health issues. Now I’m battling depression. I had to get over the bitterness.”

Clarence Terry said there were bright moments in his incarceration, like when his coworkers showed up to testify on his behalf or any chance he had to see his mother.

“Family is all I have,” said Clarence Terry. “I ran to see my mother, that was the first thing I did. She had suffered a couple strokes while I was away.“

Now, Clarence Terry is working to put his life back together. Some of that is the little chores, like picking up his phone and personal belongings from the police station; others are bigger problems, like his current homelessness or the lingering depression from months spent in isolation.