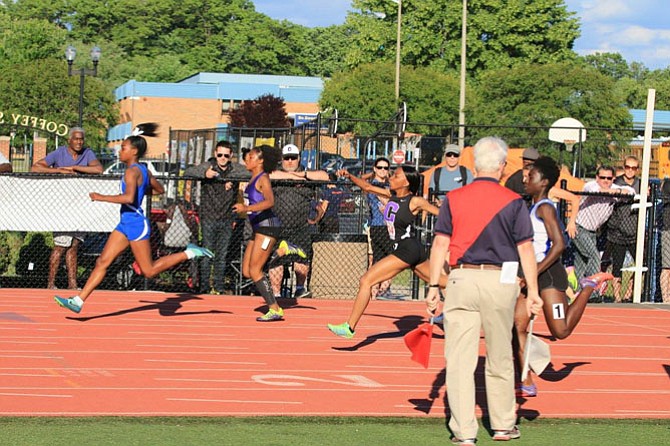 Hannah Waller in 200 Meters race at the 6A North Region championship.

Hannah Waller, a freshman at South Lakes High School, tied a 12-year-old record when she won the 100 meters at the 6A North Region Track and Field Championship Friday, May 26 at James Robinson Secondary School in Fairfax.

Waller also won the 200 meters (24.74) and has qualifying times in both events as well as the 400 meters going into the state championships.

At the region championship, the Seahawks also got a winning performance from junior Jamie Richards, who won the girls discus with a throw of 119-07.00.

Other SLHS highlights from the region meet include:

South Lakes will send 27 athletes to the VHSL 6A State Championships June 2-3 at Todd Stadium in Newport News.