Remembering the Fallen at Arlington
Votes

Remembering the Fallen at Arlington 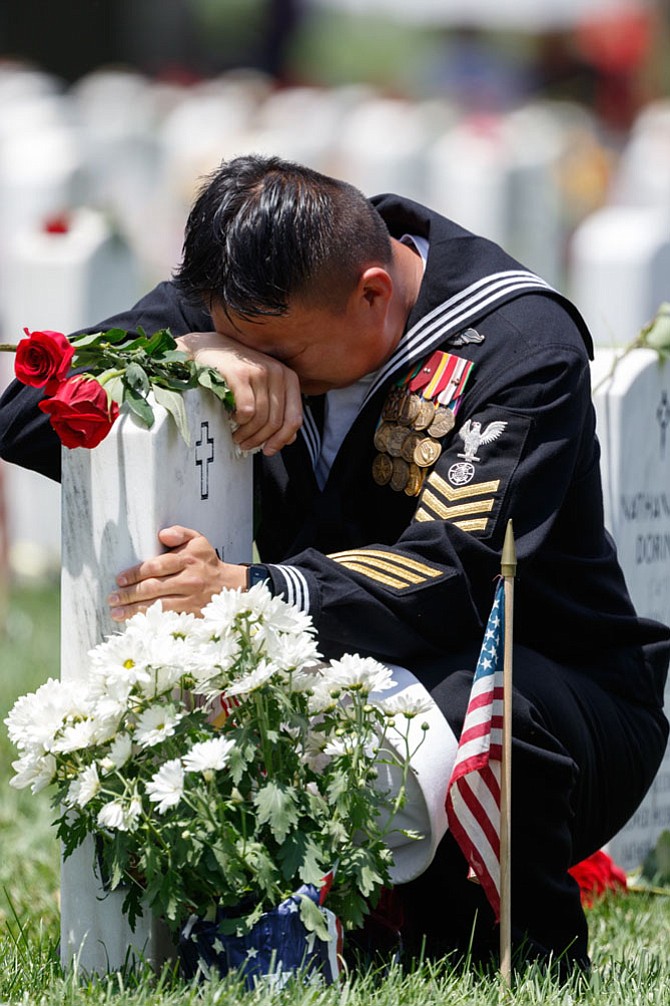 A service member weeps at the grave of a fallen comrade in Section 60 of Arlington National Cemetery following the Memorial Day Observance ceremony May 29. Photo by Mark Mogle/The Connection 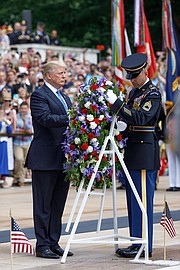 President Donald Trump places a wreath at the Tomb of the Unknowns during the Memorial Day Observance ceremony May 29 at Arlington National Cemetery.

The presentation of the colors opened the National Memorial Day Observance Ceremony May 29 at Arlington National Cemetery.

A veteran visits the grave of a friend May 29 at Arlington National Cemetery.

A Vietnam veteran pays his respects to his fallen comrades at Arlington National Cemetery.

"Here at this hallowed shrine, we honor the noblest among us, the men and women who paid the ultimate price for victory and for freedom,” said Trump in his first Memorial Day remarks as president. “We pay tribute to those brave souls who raced into gunfire, roared into battle and ran into hell to face down evil."

Trump placed a wreath at the Tomb of the Unknowns prior to delivering his address at the cemetery’s amphitheater. He specifically recognized Kelly’s son Robert, who was killed in Afghanistan in 2010.

“We grieve with you, we honor you and we pledge to you that we will always remember Robert, and what he did for all of us,” Trump said.

Following his remarks, Trump visited the grave of Robert Kelly and met with family members gathered in Section 60, thanking them for their sacrifice.

“Since the first volley of gunfire in the revolution, brave Americans in every generation have answered the call of duty, and won victory for freedom in its hour of need,” Trump said during his speech. “They made their sacrifice not for fame, or for money, or even for glory, but for country.”