Overall crime on the decline. 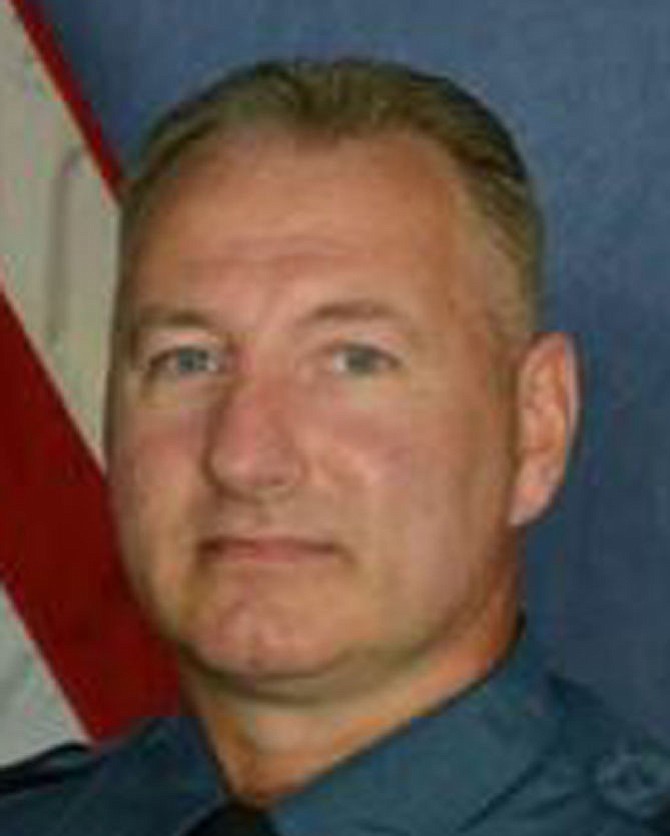 Corporal Harvey Snook, who died on Jan. 14, 2016 as a result of cancer contracted while working in recovery efforts at the Pentagon following the Sept. 11 terrorist attacks. Photo contributed

Part one offenses over the last five years.

Reported traffic incidents over the last five years. (Part one) 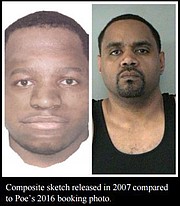 Overall crime in Arlington is falling, but some of the more serious offenses have remained consistent or even increased. The Arlington County Police Department’s 2016 Annual Report offered a view of the state of crime in the county as well as insight into some of the most notable investigations from the past year.

Crime in Arlington during 2016 decreased by 2.4 percent. The crime rate focuses primarily on part one offenses, the more serious crimes. Of these larcenies are the most common, with 2,838 in 2016. Larcenies have been declining over the last five years, as have burglaries and robberies except for a slight bump in 2015. However, in 2016 forcible rapes reached a five year high of 41, a sharp increase over 27 in 2015. One rape investigation led to the arrest of a suspect connected with unsolved attempted abductions in 2007. On May 15, 2016, a woman was awoken in her residence on the 700 block of N. Edgewood Street to find a man sexually assaulting her. The suspect fled the scene. DNA collected in the investigation linked it to two attempted abductions in 2007, where on two separate occasions a man had tried to cover a women’s heads in plastic bags and abduct them. A review of other cold case files, crime scene evidence, and laboratory results led police to arrest Justin Wingate Poe of Woodbridge, Va. In February 2017, Poe was sentenced to 58 years for the attempted abductions.

Homicides have stayed fairly consistent as well, with only one in 2016. On April 1, 2016, police were dispatched to the 100 block of S. Glebe Road for the report of an assault with injuries. They found one juvenile male there with minor wounds. Nearby, at the intersection of S. Glebe Road and 3rd Street S., police were led to a second victim suffering from numerous stab wounds. The second victim, Dennis Adams, 46, of Arlington was taken to George Washington University Hospital Trauma Center but died.

Detectives continued to interview the juvenile male, but began to notice inconsistencies in the man’s story. Combined with other evidence, detectives believed the man fabricated his account. Looking into the history between the suspect and the victim, detectives determined that the homicide was the result of an earlier domestic incident. On April 2, the juvenile was charged with murder and stabbing while committing a felony. The juvenile pled guilty and was sentenced in spring, 2017.

Less change was noticeable in the part two offenses. These crimes vary from drunkenness to counterfeiting and destruction of property. According to the police report, the majority of the crimes reported to and investigated by the Arlington County Police Department are part two offenses.

The police report also makes a special note of remembrance for Corporal Harvey Snook, who died on Jan. 14, 2016 as a result of cancer contracted while working in recovery efforts at the Pentagon following the Sept. 11 terrorist attacks. Snook served in the Arlington Police Department for 27 years.