Cost of Conservation in Arlington
Votes

Cost of Conservation in Arlington 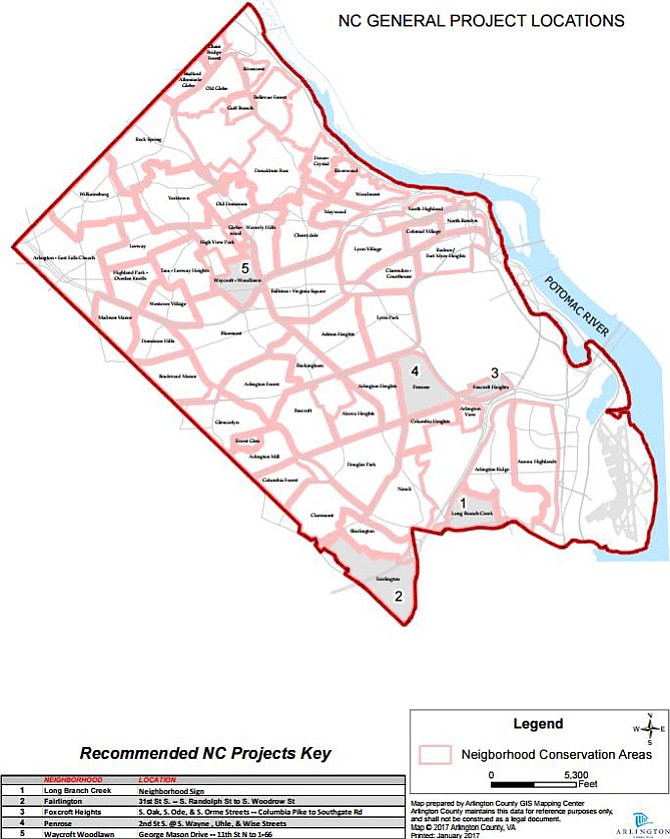 In five Arlington neighborhoods, the streets are going to get a little brighter and a little nicer. At its May 23 meeting, the County Board unanimously approved $5.5 million in funding for five new neighborhood conservation projects. The projects are funded by a 2016 voter-approved bond.

Most of the improvements were related to streetscapes. In Fairlington, $1.7 million was dedicated to installing streetlights and making other streetscape improvements. A new sidewalk will be installed on the west side of 31st St S. that extends from the bus shelter to Shirlington House Apartments, then to the Shirlington bus transfer station at S. Randolph Street. LED streetlights will replace the lights along 31st St S. between S. Woodrow Street and S. Randolph Street.

Foxcroft Heights will be getting a little brighter with $562,704 set aside to install new LED lights on S. Oak, S. Ode, and S. Orme Streets between Southgate Road to Columbia Pike.

Long Branch Creek will receive $12,500 for neighborhood signs. According to Neighborhood Conservation Program Manager Tim McIntosh, the project funds four signs throughout the neighborhood. The community chose the location and designed the sign with county staff assistance.

In response to questioning by County Board member John Vihstadt, McIntosh noted that some of the projects had seen cost increases as a result of delays. Each of these streetscape improvements also face the risk of additional costs that may be incurred by relocating utility poles or design and construction delays due to the backlog of projects.