Providence Players presents “Vanya and Sonia and Masha and Spike.” 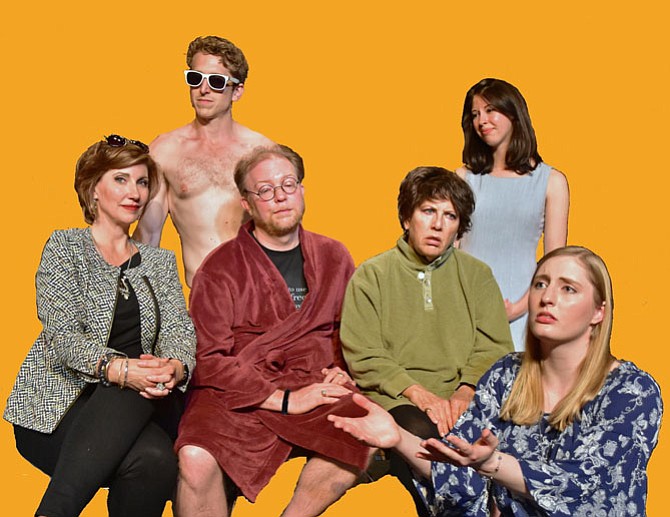 inventive melding of Anton Chekhov’s masterworks, deftly packed together with modern American components. Knowledge of Chekov is unnecessary to enjoy the Providence Players’ upcoming production of the show.

“We are always looking for a contemporary comedy that will both challenge our audiences. ‘Vanya and Sonia and Masha and Spike’ is just that kind of play,” said Jayne Victor, Providence Board president. She also plays Sonia.

Playwright Durang transported Chekov to a family living a mundane, subdued life in Bucks County, Pa. The family includes middle-aged Vanya, and his sister Sonia who are visited by their flashy sister Masha with her younger boyfriend, Spike.

For director Jimmy Gertzog, “Vanya and Sonia and Masha and Spike” is an opportunity to give audiences “a witty, fast comedy…about relationships; ones that at first appear odd or caricatured but quickly become familiar.”

As the play progress, “we root for them to get a wake-up call, to go out and live,” added Gertzog.

“Vanya is the peace keeper between his two polar opposite sisters. Life hasn't been kind to him but he finds that it is never too late to take a chance for the better,” said Christian Faulkner who plays Vanya.

“Sonia yearns to have a life outside of Bucks County, Pa., but since she can never make a decision, life goes on day by day,” said Victor. “Does Sonia want the life of her semi-famous sister Masha?” Well, tomorrow could bring change.

Masha is played by Connie Shabshab. Shabshab described Masha as a “glamorous ‘movie star’ who is actually quite insecure but lives to cover this up with her actress facade.”

Ari Post portrays Spike as “a young, hot trophy boyfriend to Masha. He has no worries, no regrets, no inner turmoil, which confuses and agitates the rest of the brooding, self-doubting characters.”

Rachel Arling Samson plays Casandra, a housekeeper who cares deeply for Vanya and Sonia. “She believes that she has clairvoyant powers. She prefers to spend her time making gloomy prophecies rather than cleaning the house.” And there is Nina, an aspiring young actress, played by Lindsey Doane. “She reminds us how easy it is to see the beauty in life before it smacks us in the face.”

Providence Players’ “Vanya and Sonia and Masha and Spike,” is a comedy full of sibling rivalries, love and much humanity.