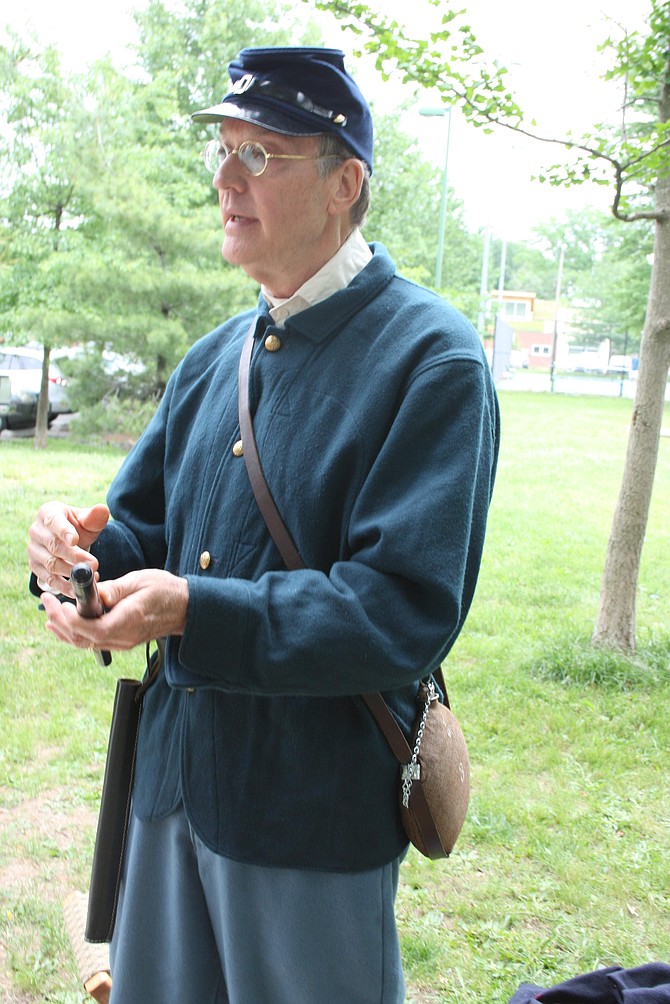 The Third U.S. Regular Infantry Reenactors offered a slice-of-life May 20, on how union soldiers lived in the area of Arlington’s Columbia Heights neighborhood during the Civil War.

On May 24, 1861, President Abraham Lincoln ordered troops to defend Washington, D.C. That entailed thousands of northern soldiers to fortify an area that stretched from what is now Rosslyn to the Pentagon.

Food items at the camp. Soldiers were also rationed hardtack (hard bread), and salted pork or beef that they carried in a pouch. 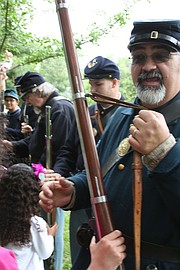 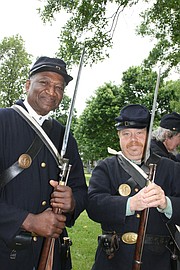