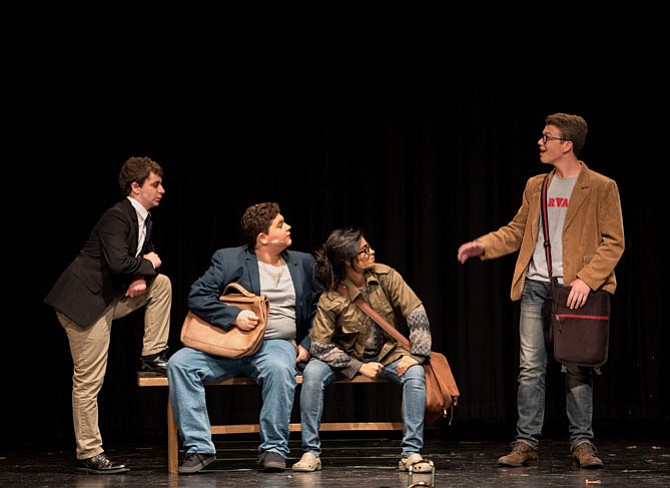 Westfield High School's production of “Legally Blonde” serves up a powerful celebration of high-spirited sisterhood. “Legally Blonde” premiered in 2007, based on the 2001 movie, which was in turn based on a novel of the same name. The musical follows Elle Woods (Molly Van Trees), a sorority girl fashionista who enrolls at Harvard Law School to win back her ex-boyfriend, Warner Huntington III (Wade Parker). Along the way, she makes unexpected friends, wins her first case, and discovers her true self.

Molly Van Trees commanded the demanding lead role of Elle Woods. Ms. Van Trees was equally as impressive in high energy dance numbers as she was in soul-searching ballads. Her empathetic acting made her character believable whether she was portraying Elle as a likable ditz or an intelligent law student. Her chemistry with John Henry Stamper as Emmett Forrest was natural and adorable. Stamper also displayed impressive vocals, and low-key charm contrasting to Elle's bubbly personality.

Aja Rene shined as Paulette. Ms. Rene's stunning rendition of "Ireland" brought something fresh and new to this role. Her excellent comedic timing and goofy stage presence, along with her powerful voice proved her to be an incredible storyteller.

The Delta Nu Girls executed difficult choreography with ease; the girls remained in sync and full of energy throughout all of their numbers. The entire ensemble remained engaged during the entire show, defining each character and bringing the world of the show to life.

Other standouts in the cast were Gene Kim as a free-styling dancer/violinist, Ian Balderston as Kyle the UPS delivery guy, and Colin Brown as Nikos the pool cleaner. Each created a specific walk and gesture for their character, generating outbursts of laughter from the audience each time they came on stage.

The lighting was subtle and effective in creating beautiful stage pictures. The props team showed exceptional attention to detail as well as creating several hilarious visual gags. The show also featured a creative and versatile set which still allowed space for the large dance numbers. The hair salon was particularly well done, unfolding to reveal a space full of Paulette's personality.