‘No’ to Radnor
Votes 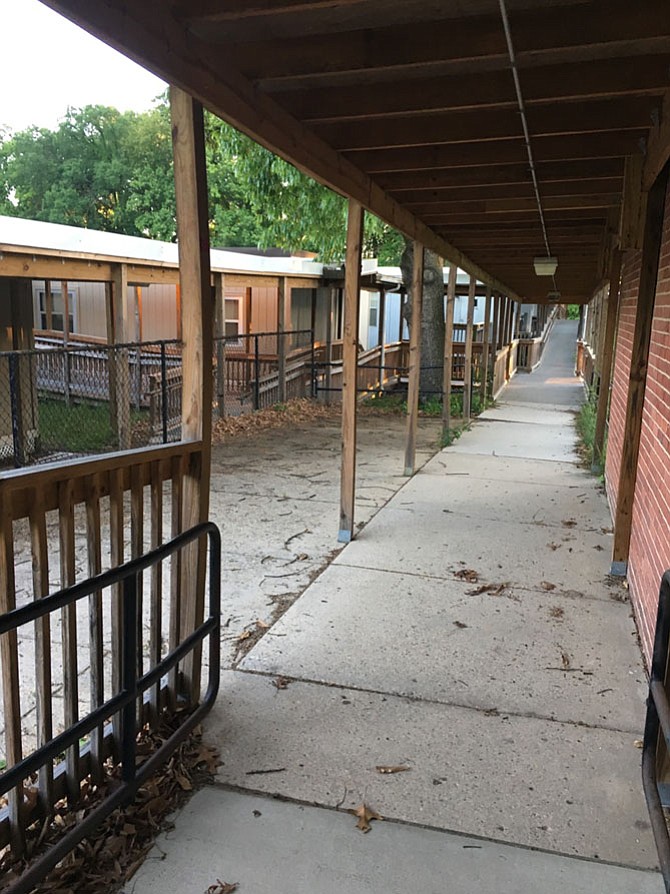 Members of the Potomac Elementary School PTA voted Monday night, May 15, to oppose the choice of Montgomery County Public Schools to transfer Potomac students to the Radnor holding center during construction of the new PES.

The change is scheduled to take place at the beginning of the 2018-2019 school year and is expected to last until January of 2021.

Ahead of the formal vote, several PES parents testified at the May 9 meeting of the Montgomery County Board of Education against the Radnor option. They also asked the board to review errors in communication between the MCPS and members of the school’s community.

“… Having been involved in the discussions pertaining to the PES modernization project, we are disheartened and disappointed with the lack of transparency and the misleading information that is being used to make fundamental decisions about the project,” Zahra Raney, mother of two PES students, said before the board.

Raney’s testimony continued with examples of what she considered questionable including distance and drive time from the current school location to Radnor, the option of keeping the current school operating during construction, cost estimates and design.

“I … urge you to review the concerns that we have brought forth, and ask for full disclosure and for you to review all supporting data before rendering any decision,” Raney said at the end of her testimony.

Another parent, Justin Greene, with one child in kindergarten and another entering kindergarten, suggested alternative sites to Radnor. He included revisiting the use of the Brickyard site for the new PES, purchasing a 3.2 acre property adjacent to the current school site to use for construction staging so students can remain on site during construction, or use of other holding centers, including Tuckerman and Grosvenor. Tuckerman is currently leased to the McLean School and Grosvenor is currently has students from Luxmanor Elementary School and is slated to take in students from Cold Spring Elementary School when that school is up for modernization.

“I sincerely hope that the proposed alternatives will be given their due consideration. It seems that there are multiple options that satisfy both the Potomac Elementary School parents’ adamant desire to not go to Radnor and the MCPS concern about building while school operations remain onsite,” Greene said to the board.

Potomac PTA President Stacey Shenker did not testify on May 9 because, she said, the PTA had not taken an official position at that time and she did not want her testimony to be taken as that of the PTA. She was not available for comment after the vote.

At the Board of Education meeting President Michael Durso reminded those offering public comment that it is “not our practice to take action at this time.” Those who testified were asked to submit written copies of their testimony.

The board takes community comments into consideration when making it final decision, said Gboyinde Onijala, spokesperson for MCPS. But, she added, the Potomac Elementary School project is still in very preliminary stages.