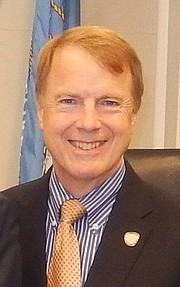 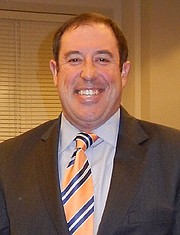 It’s not a lot; but in a time of rising home assessments, every little bit helps. So in that spirit, the Fairfax City Council last week reduced the real-estate tax rate from its current $1.0645 per $100 assessed valuation to $1.06 even.

It was part of the City’s FY ’18 budget adopted Wednesday, May 3. The Council members approved a General Fund budget of $140.1 million, representing a $4.6 million increase over FY ’17. The total budget amount for all the City’s funds is $173 million.

The Council also set aside $500,000 for future WMATA transportation requirements, plus increased the City’s normal 10-percent surplus by an additional $70,000. It was able to do so because of a $639,000 surplus left from the current fiscal year’s budget – mainly from the education segment, because Fairfax City had fewer students in its schools, but Fairfax County had more.

“This is a sea change in how this City looks at the future,” said Mayor David Meyer afterward. “While it’s not a substantial amount of money, it’s a big step in the right direction. And we did that while reducing the tax rate by almost half a percent. I’m proud of the Council for coming together and reaching a consensus on this budget and taking this new approach, and I hope they continue [looking at things this way] in the future.”

THE NEW BUDGET also contains $150,000 to spruce up the appearance of the downtown area by improving its lighting, sidewalks, pedestrian access, greenery and maintenance. And dog owners will be happy to know that, per the Parks and Recreation Department’s request, there’s $50,000 for the design and construction of a dog park.

In addition, the Council approved $100,000 for the City’s Economic Development Opportunity Fund, plus $160,000 for other Economic Development Authority initiatives. This money will help the City continue to market itself, attract new businesses and carry out its new logo and branding efforts.

There’ll be a 25-cent increase in the stormwater tax to generate more than $1 million to help the City fund several projects dealing with aging infrastructure, plus comply with state and federal regulations regarding stormwater management.

The wastewater service rate will be increased by 10 percent because of needed improvements at the Noman Cole Wastewater Treatment Plant. Plus, explained Finance Director David Hodgkins, “We’ve experienced a decrease in water usage and, therefore, revenue, as people and businesses become more efficient in using it.” The average, household quarterly wastewater utility fund payment will go from $165 to $181, with the new rates taking effect with the July 1 wastewater utility bills.

The C&I tax will rise from 9.5 cents to 10.5 cents per $100 assessed valuation to generate the funds needed for City transportation projects and to enable Fairfax to receive NVTA [Northern Virginia Transportation Authority] matching funds. “We hope to bring it up to 12 cents by FY ’20,” said Hodgkins. All residential properties are excluded from this tax.

The budget also includes $7.1 million of capital-project funding. And City employees will receive merit pay raises of 2.5 percent, as well as cost-of-living increases of 2 percent.

In approving the $1.06 real-estate tax rate, the Council voted 5-1, with Councilwoman Ellie Schmidt being the dissenting vote. Since residential, property-tax assessments rose, she said, “I wanted us to get to the equalization rate of $1.05. I wanted us to do more cutting.”

Once the budget was passed, Councilman Dan Drummond said, “I think we worked well together, and the staff provided some great guidance. I also appreciated the public comments, and I think people will appreciate that we lowered the tax rate a little bit, while funding the City’s priorities.”

Councilman Michael DeMarco said Fairfax is “in better shape by having some flexibility in the fund balance to deal with any transportation-funding issues arising next year.”

Schmidt also thanked the public for its feedback. “We don’t have a lot of room for cuts, with all our nondiscretionary expenses,” she said. “I would have liked the tax rate to go a little bit lower, but I appreciate where we did end up.”

“This is not an easy process,” added Councilman Jeff Greenfield. “We’re trying to do what’s in the best interests of the residents, while maintaining the level of services we all enjoy. This provides a merit increase for staff, and we’re successful [as a City] because of them.” He, too, was glad about the extra money earmarked for transportation and thanked Drummond for his “help and experience” during the budget process.

SHE FURTHER NOTED that the City kept its reserve fund at more than $14 million – which is 10 percent of the total City budget. “This, along with a multitude of other line items, will educate our kids, keep us safe in our homes and our businesses, pave our streets, maintain our many facilities, and entertain us in our parks and at our special events. City services will take care of our residents and our business community, alike, and this is good for all of us.”

However, Miller also urged her Council colleagues to step back and assess what went well during the budget process and where they all need to improve. She then thanked City Manager Bob Sisson, Hodgkins, Budget Manager Kerry Kidd, the entire budget committee, other City staff members and department heads, plus her colleagues, for all their help.

“I’m proud, grateful and thankful for all the people who work in our community,” said Miller. “I was happy to support this budget and I look forward to a really good next year.” Councilman John Stehle also thanked the staff and Council and said he wants the budget to have “continued connection” to the Council’s goals and the City’s Comprehensive Plan.

Meyer said this budget gives clarity to their path forward in the next fiscal year, and he thanked Drummond, as an “experienced community leader and councilman,” for his contributions to the budget discussions. “We’re spending other people’s money, and that’s a very important fiduciary responsibility.

“This City has the overall, lowest tax burden of any jurisdiction in the Northern Virginia region,” continued Meyer. He said it’s due to “superior” money management and stressed that Fairfax is one of only four cities in Virginia with a AAA bond rating. He then thanked the Council for approving COLA and merit increases for the employees, and the staff for all it does “to serve, support and protect” the businesses and residents of the City.