Who’s a Good Boy in Arlington?

Arlington’s dogs come together for walk and fundraiser. 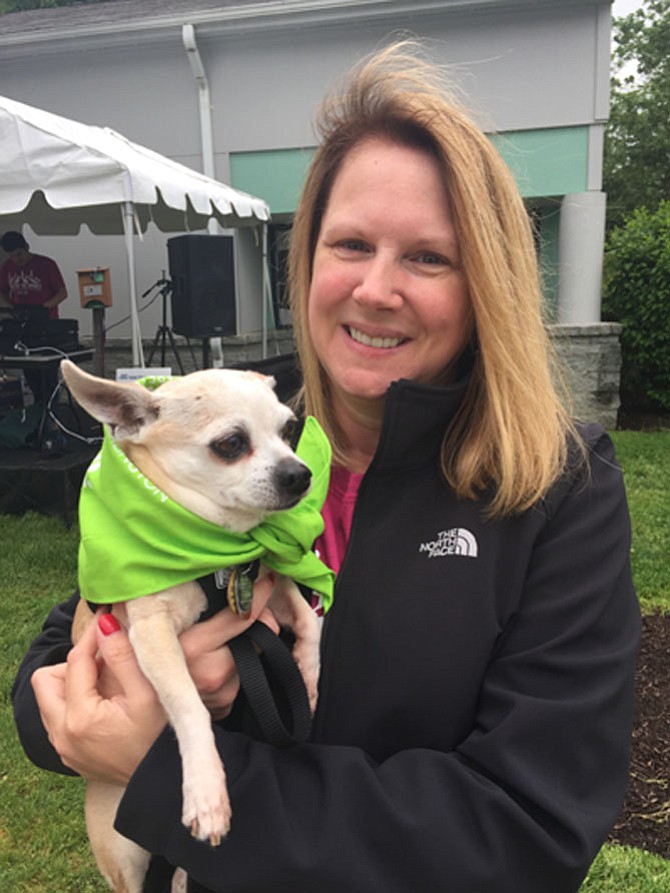 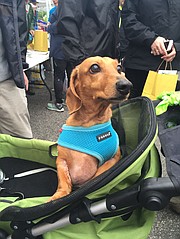 Ludy, an 11-year-old dachshund, participates in the Walk for the Animals fundraiser on May 6 in Shirlington hosted by the Animal Welfare League of Arlington. His owners say he’s the boss around the house and thinks he’s a Great Dane. 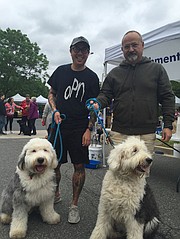 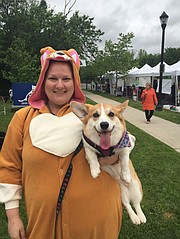 River the Corgi with owner Emily Tiedeman. Tiedeman said River was named after characters from Firefly and Doctor Who, and is the cover dog for the The Nationals’ Pups in the Park. 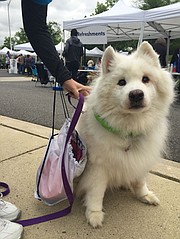 Nanuk, a 13-year-old samoyed. Nanuk has fostered over 50 puppies from various litters. Owner Mandel Delatorre said Nanuk raises them, is very friendly and able to tolerate anything. 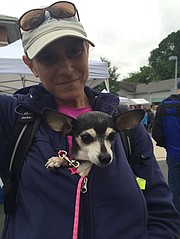 Kathy Gross shelters her chihuahua, Lucky, from the rain. 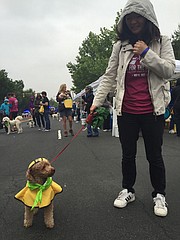 Misiu with owner Cheng Xu. Xu said it was Misiu’s first time seeing so many dogs, so he was a little nervous. 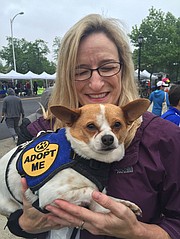 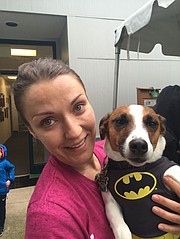 A little rain didn’t keep hundreds of dogs from pouring into Shirlington’s streets. On May 6, a Walk for the Animals fundraiser hosted by the Animal Welfare League of Arlington (AWLA) drew visitors from across the region for Arlington’s largest animal meet and greet.

According to Chelsea Lindsey, communications specialist for the AWLA, the annual fundraiser has been held for over 20 years. This year, $2,000 was being raised especially for a surgery for a beagle in the shelter. Albert, a 6-year-old beagle rescued from West Virginia, has a hernia pushing his intestines into a lower area of his body. Albert requires a surgery to push them back up into place, or Lindsey says he could start to encounter great pain and could even be euthanized.

The goal of the fundraiser was set at $82,000, and by the night before the event the shelter had already reached $68,000. According to Lindsey, the funds raised also go to help fund food and medical care for the 3,000 animals in the AWLA’s care each year. The AWLA spays and neuters their animals and offers a reduced rate, under $200, for Arlingtonians who earn under $60,000. Lindsey said these procedures are one of the larger cost-drivers at the shelter.

It was Lindsey’s second year helping to host the event, and she said that she was impressed with the turnout in spite of the weather.

“It’s gross and cloudy, but it’s so fun,” said Lindsey, “So many people came out today to support our animals.”