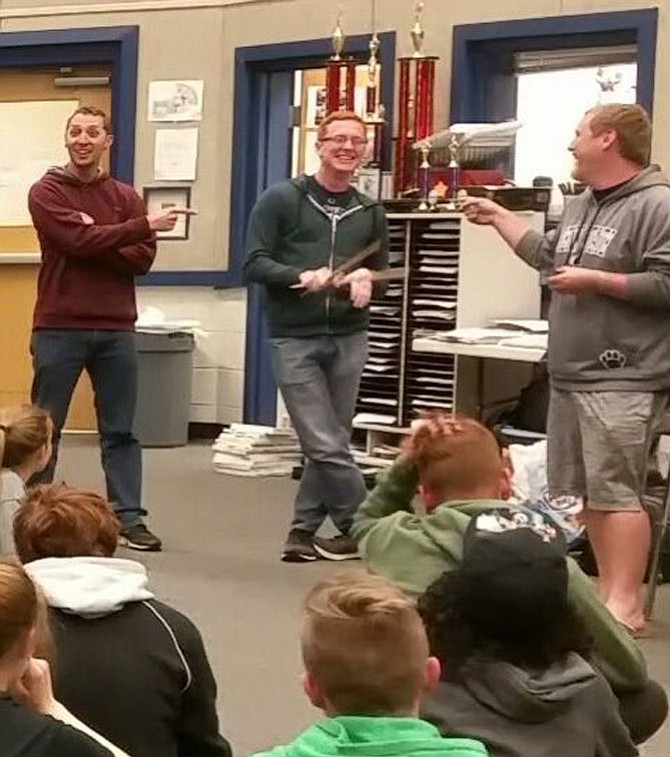 Grant Butters, the South County High School Indoor Drumline Director, and Percussion Captain Head is proud of the highly-ranked position the group will maintain for the coming year. 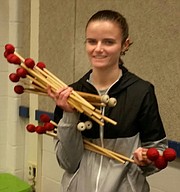 Hannah McCarthy, of the front ensemble (pit), handles a bouquet of marimba mallets as the team unpacks from their trip to the 2017 Winter Guard International championships.

South County High School's Indoor Drumline show titled "Rise Above" won seventh place out of 15 teams in their class, Scholastic Marching Open, with a score of 91.575 at the 2017 Winter Guard International (WGI) world competition, ranking them the top finalist in the Scholastic programs of the Atlantic Indoor Association (AIA).

In an informal ceremony celebrating the success, Grant Butters, the South County High School Indoor Drumline Director, said to the team, "This is the first year where we've gotten through the entire season, and ended it being the top Scholastic program in all of AIA. That's awesome."

Supporting the youth performing arts activities of percussion drumline, colorguard and wind instrument competitions in Virginia and North Carolina, the AIA began in 1994. Organizing contests with other large regions combining elements of music, choreography and theatre, the AIA Circuit Championships has grown into one of the largest performing arts competitions in the United States.

In addition to giving medals and plaques to the highest scoring performance teams, AIA is also awarding annual education scholarships for academic, artistic and personal achievements to individual high school seniors who apply. AIA performance teams thrive by earning an opportunity to compete in the Winter Guard International championships.