Below is a list of the potential sidewalk segments being considered, plus some of the details about each one:

Right-of-way impact: Up to 6 feet required from four parcels;

In March 2016, Fairfax City Council approved having a study done to 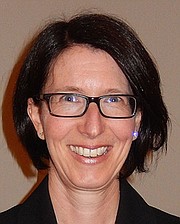 And during a recent Council work session, Paul Silverman, a consultant with Sabra, Wang & Associates, which performed the study and field evaluation, reported the results to the City. He’d coordinated it with City Transportation Director Wendy Block Sanford, so she presented details, as well.

They offered seven, possible, sidewalk segments needing improvement, and the proposed costs for each included right-of-way acquisition, final engineering and construction. They are: 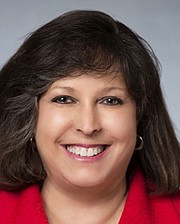 The segments amount to about one-fourth of a mile total for all seven sites, with an estimated cost of $1.2 million. However, said Sanford, “We have a funding constraint of $500,000, available to us in last year’s CIP [Capital Improvement Projects budget]. So we’re recommending doing three or four locations.”

THE FOUR RECOMMENDED were: Sager Avenue, because it’s the only 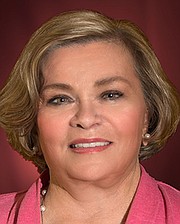 “We’ll reach out to the Old Town businesses and [Community Appearance Committee Chairman] Kirk Holley to make sure we’re advancing the right segments,” said Sanford. “Then we’ll return to City Council for approval.” She said the construction contract could potentially be awarded in spring 2018, with the work beginning then and being done all at once.

“How much will the land right-of-way cost for each project?” asked Councilwoman Janice Miller. Silverman said they figured $30/square foot, and Sanford said she’d get more specific information about each segment’s cost. Miller also asked if some of the businesses might be willing to partner with the City to reduce the cost, and Sanford said they could investigate this possibility.

“Will some of the vegetation be replaced?” asked Miller. “And what type – such as vertically growing greenery – will it be? We need to pay particular attention to landscaping and old trees.” However, Sanford noted that, on Chain Bridge Road’s east side, most of those trees would be removed.

Regarding Old Lee Highway, Councilman Jon Stehle asked if the asphalt section would receive brick. Public Works Director David Summers said that area was a patch and was “always intended to be replaced.”

Councilwoman Ellie Schmidt said they needed to be careful about taking away the existing trees on Old Lee. “Is it worthwhile?” she asked. “I’m concerned about the loss of greenery.” She also noted that, in a number of the segments, “The gaslight poles are right in the middle of the sidewalks.” Sanford replied, “If we widened them, the lights wouldn’t be as much of an obstruction on the sidewalks.”

Schmidt said the Sager segment “makes sense and is a good addition.” She also asked if the work on Chain Bridge Road’s east side would affect the Courtside Thai restaurant, and Silverman said it would.

Councilman Dan Drummond asked if the construction could be done in phases so it doesn’t impact the City’s Fourth of July celebration, and Summers said the actual sidewalk work should only take a matter of weeks to complete. Still, said Drummond, “Our downtown area is constrained, and my concern is that [this project] could change the historic nature and character of the City. Going from 5 to 10 feet is doubling the sidewalks.”

Councilman Michael DeMarco asked if the sidewalk segments not included in the initial work could be added later on, if money is available, and Sanford said yes. DeMarco also noted that, “If the gaslights were mounted on buildings, it would be better, and we need to start looking at the downtown holistically.”

AS FOR CHAIN BRIDGE ROAD’S east side, Mayor David Meyer said the buildings there “could add window boxes, and there could be hanging plants with flowers. So there are ways to add color and greenery.” He said the four sidewalk segments City staff recommends doing would cost an estimated total of $360,000. “Are we comfortable with this prioritization, at this point?” he asked the Council.

“We need outreach with the property owners and more information regarding the costs and how [this project] fits in with the landscaping plans for downtown,” replied Schmidt.

Furthermore, added DeMarco, “The discussions with the property owners may change our prioritization. I think we should bring all seven [segments] to them.”

“I’d like us to have a discussion on all seven,” said Councilman Jeff Greenfield. “But we need to have a consistent plan. I support [widening] sidewalks where we can, but not at the expense of our landscaping plans for the downtown. We need a comprehensive plan for the entire downtown area before we do outreach to the community.”

Miller said the one segment that “makes the most sense” is Sager Avenue, which currently has no sidewalk there. “So it’s not controversial,” she said.

Meyer asked if each segment would be bid individually, and Sanford said whatever segments were approved would be bid as a whole package. Meyer then directed staff to “come up with a comprehensive plan and return. Include more information on the other four segments you considered [in addition to these seven], and let us know some funding options for FY ’18 and the out years, too.”