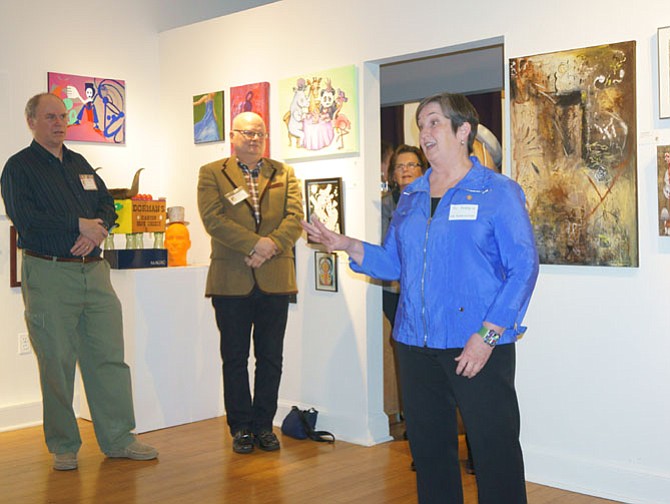 Virginia Commission for the Arts board member Jo Hodgin addresses the crowd at the March 19 Silver Anniversary reception for the Del Ray Artisans. Photo by John Bordner

The Del Ray Artisans celebrated its 25th anniversary March 19 with a reception at the Nicolas A. Colasanto Center gallery.

The reception, which featured a sampling of recipes from the new DRA cookbook, was the first of several events slated to celebrate the silver anniversary of the founding of the nonprofit organization that works to foster and celebrate local artists.

Next up will be a fundraising night Friday, June 2, at The Little Theatre of Alexandria’s performance of the comedy “Red, White and Tuna.” The evening will include a reception, champagne intermission, plus art exhibit and raffle. For more information, visit www.delrayartisans.org.