Refugee Volunteer Group in Arlington Aims to Welcome All
Votes

Refugee Volunteer Group in Arlington Aims to Welcome All 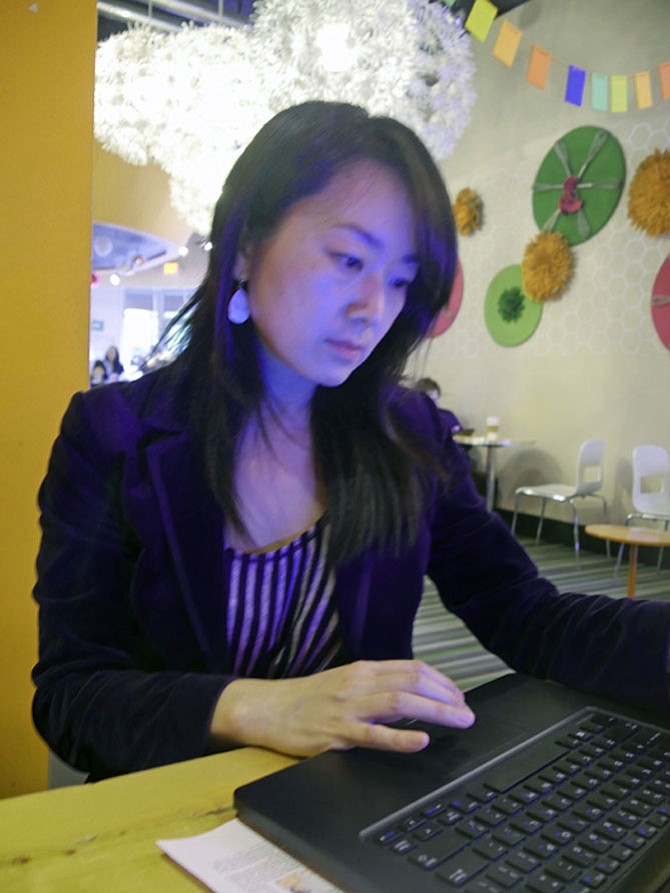 Wendy Chan, a co-founder of NOVA Friends of Refugees, pulls out her computer to illustrate the three 2017 goals of the volunteer organization: advocacy, life skills program and community events. Photo by Shirley Ruhe. 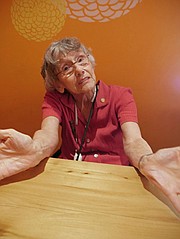 Norma Kacen, a co-founder of NOVA Friends of Refugees says, "St. George's Episcopal Church had enough of anti-Muslim rhetoric, and we knew we had to do something."

Refugees in a Changing Environment

The Ethiopian Community Development Council, Inc.’s annual national conference, May 31-June 2, is dedicated to refugee and immigrant issues in the United States. Attendees will interact with policymakers, academics, service providers, community leaders, and former refugees, exchanging knowledge and sharing insights. The conference is part of ECDC’s efforts to enhance public awareness of and support for African and diverse refugee and immigrant needs, to strengthen resettlement programs and services, and to promote cultural and socio-economic initiatives that help newcomers integrate into their communities.

The conference will be held at the Holiday Inn Arlington at Ballston. See http://www.ecdcus...">www.ecdcus.org/Co...

Wendy Chan and Norma Kacen, both members of St. George's Episcopal Church in Arlington, founded NOVA Friends of Refugees in the fall of 2016.

"Our church had enough of anti-Muslim rhetoric,” Chan said.

Kacen added: "We knew that we had to do something."

Chan explains this is a volunteer organization whose "vision is to make every refugee welcome and every resident a welcoming friend to them. We currently have over 350 supporters in our Google group." This is an interfaith group and includes people from all ages and walks of life.

Chan says the vision statement is not to reproduce the work of the service agencies who already offer a number of opportunities but to get out the stories, learn information, and hear the refugee stories. NOVA Friends of Refugees works with nonprofits as a clearinghouse to get out information, host events and work on advocacy issues.

The plan for 2017 is threefold: advocacy, life skills programs and community events.

In early March an advocacy workshop, "Raise Your Voice'" was held at St. George's Episcopal Church. “The room was packed with over 300 people from all walks of life, faith communities and local politicians,” Chan said.

Kenn Speicher, from Mt. Olivet United Methodist Church who joined Chan and Kacen earlier this year, said, "We touched a nerve. The speaker from the State Department expected to see 25-30 people, and we had so many people we had to move into the sanctuary."

In addition, the "Pen a Postcard, Throw A Party" campaign in April urged citizens to pen a postcard to their U.S. representative, U.S. senator and President Trump with the message "I'm your constituent, and I stand for refugees. Please stand with me." The postcards will be delivered in early May by NOVA Friends of Refugees to Congressional offices where they will seek meetings.

Chan says many groups reach out to their team to find out how to start their own refugee ministries and how to think about issues. On April 21 they held "The Refuge Doll Project: Teaching Empathy to Children" at the Arlington Central Library. She said it was a parent event aimed at stay-at-home moms, "and we had 15-20 people." Chan said they would like to develop a program that would reach Sunday school teachers who could focus on understanding and welcoming refugees.

In June a life skills event is planned which will bring representatives together from the three local resettlement agencies as well as local professionals to mentor highly skilled refugees. Chan explains many of the refugees were engineers, doctors and entrepreneurs in their countries and are now employed in low-level jobs. One example is Tomy who was a physician in his country and is now a server in America. The goal is to connect the refugees with resources that can help them reach their potential.

Chan says in the fall a community festival event is planned featuring food, fashion and fun, "the common language of humanity."

Kacen said, “We know this is a marathon and we are putting one brick in place at a time."

Chan added, "We're fertilizing the field and transplanting a plant. We need to cultivate the soil so the plant can grow in its new environment."

This is the second part in a series on refugees.