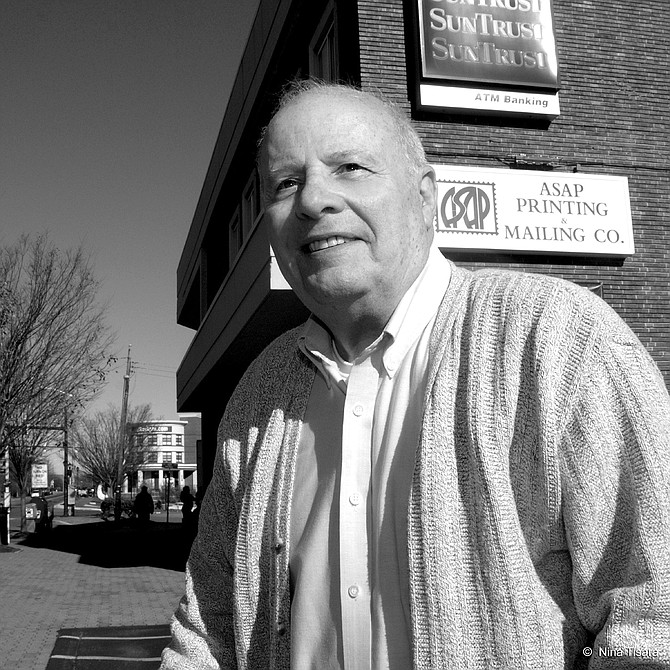 When Al Grande decided to open a business in Del Ray in the 1970s, Mount Vernon Avenue was hardly “Where Main Street still Exists,” as it’s known today. Instead, it was what some might call a “sketchy” part of Alexandria. But it was affordable for the Vietnam veteran, so undeterred, Grande opened ASAP Printing & Mailing and set about building both a successful business and a thriving community.

“No question Al was a real fixture in Del Ray,” said longtime friend Shawn McLaughlin. “He was in Del Ray before Del Ray was cool.”

Grande is credited with helping transform Del Ray into the vibrant community that exists today. In 2012, he was recognized for his many efforts throughout the city when he was named a Living Legend of Alexandria. On March 23, Grande died after a brief battle with lung cancer. He was 80 years old.

Born June 21, 1936, in Dover, N.J., Alfred F. Grande Jr. graduated from Blair Academy and Bucknell University, where he majored in sociology and psychology. He was later commissioned as a Regular Army 2nd Lieutenant in the Military Police Corps. After serving 20 years of active duty, Grande moved to Alexandria and opened ASAP Printing & Mailing Co. in the Del Ray neighborhood.

Grande donated time and resources to local schools by serving as a volunteer reader at the Mount Vernon Community School teaching children how to read the English language, donating materials to local art programs and establishing a relationship with T.C. Williams High School which allowed seniors in the printing program to receive hands-on experience with ASAP's presses and binding equipment.

Grande is survived by his wife, Claire, son Dean, daughter Donna and several grandchildren. A memorial service will be held in the coming weeks and a funeral with full military honors will take place at Arlington National Cemetery at a later date. Arrangements are under the direction of Demaine Funeral Home in Springfield.

“I feel very fortunate,” said McLaughlin, who had nominated Grande for the Living Legends honor. “Al and I spoke on the phone often but our visits had become less frequent. But just before Christmas, before his diagnosis, we spent a wonderful afternoon together. Little did either of us know what was to come. I am lucky to have had that time with Al and to be able to remember him at his best.”