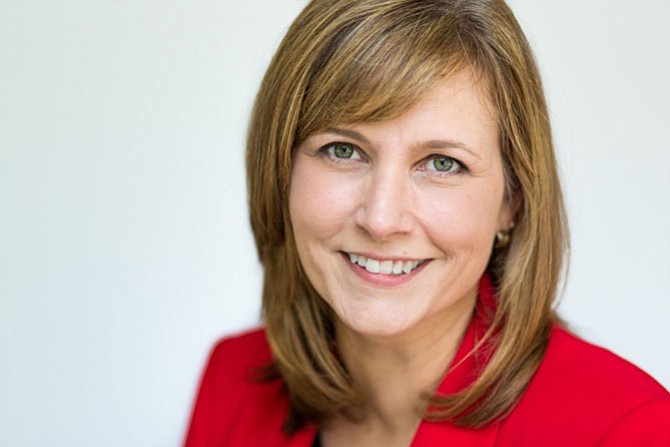 Continuing its production of live theater for local audiences, the Workhouse Arts Center is producing the award-winning comedy “The 39 Steps.”

“We are very excited to have the opportunity to present ‘The 39 Steps.’ It will provide a fun-filled theater experience for our area audiences,” said Ava Spece, CEO and President, Workhouse Arts Center.

“’The 39 Steps’ mixes Alfred Hitchcock-like movie themes with a spy novel along with plenty of Monty Python-like flair. The show is packed with about 100 all different, zany characters. The 100 characters will be played by a very talented cast of only four actors. Our cast and crew are challenged with putting a comedic spin on the story while remaining faithful to the source material,” said Joseph Wallen, director, “The 39 Steps.”

The comic mystery begins when a quite ordinary, but bored, man meets a woman with an accent who claims she is a spy. What happens next includes her unexpected murder. Did the ordinary man do it? Why is he on the run from the authorities? Soon a mysterious organization called "The 39 Steps" is out looking for him while the Workhouse audience gets to follow the manhunt. There are plenty of fun twists and turns across England and Scotland with inventive stagecraft.

“It would be easily to label this a farce or parody. It is important to know that the storyline and characters from original Hitchcock movies are not lampooned. They remain faithful and intact to the source material,” said Wallen.

The four cast members are veteran professional performers from the Northern Virginia area. They include Willem Krumich, as Richard Hannay the ordinary man. Linda Bard is the mysterious spy. She also plays a number of other key female roles in the production; each very different from another.

Workhouse Arts Center acting regulars Amy Wolf and Jeffrey Davis both take on dozens of roles. They sometimes even switch characters mid-scene to add happy confusion. Known as “clowns” in the show, they are far from the circus grease-paint, make-up type clown.

The Workhouse production aims to whisk the audience on a grand journey. “A handful of props, trunks and chairs are continuously transformed throughout the performance to become two dozen unique locations and are inventively employed to help stage a classic chase scene in and on a train, chase scenes across the moors, and even a plane attack and crash,” added Wallen.