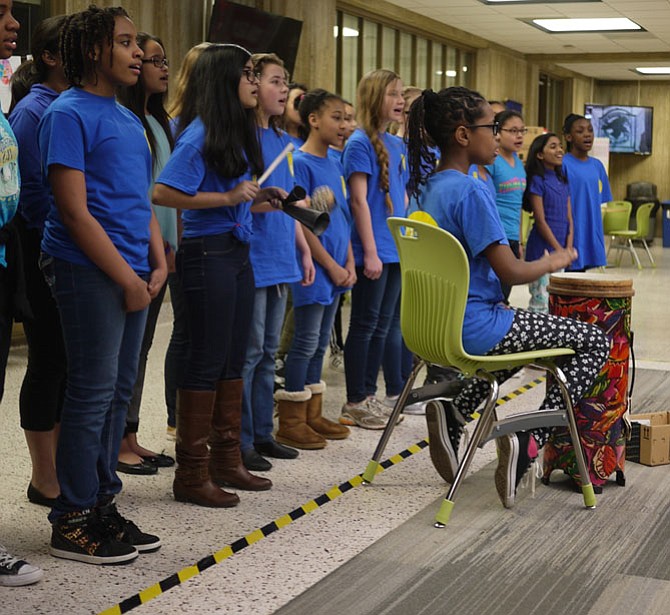 Arlington — Kelly Doffing said she chose to learn Arabic for a really silly reason: she didn’t

The performances were attended by parents and School Board members.

like soy sauce. Chinese and Japanese were out of the question. But as a result, she got a scholarship to college, got to spend a year in Egypt, spent six months in Morocco, and when she got out of college, Arabic helped her get a job. Arabic turned out to be the right choice because it opened up a whole new world for her. She made new friends, learned how to play an instrument, learned martial arts, and travelled extensively. Doffing said people who speak a foreign language earn on average $67,000 more per year than those who don’t, and she also pointed out that there are 12,000 jobs a week listed on job websites for applicants with a foreign language.

The World Language annual celebration at the Arlington Career Center on March 8, showed off skills in Chinese, Spanish, Arabic, French, Latin, and American Sign Language, and reminded the roughly 100 people in attendance that language learning is useful … but also fun.