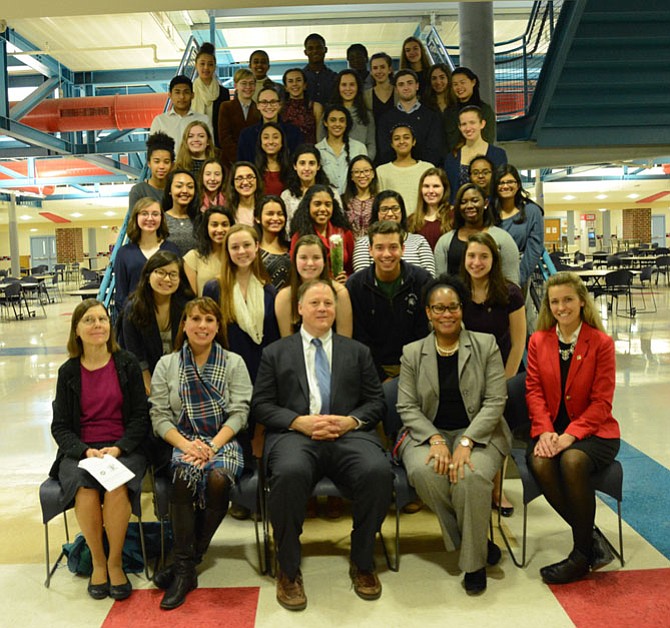 Twenty-five students, two faculty members, and the keynote speaker were honored at the annual induction ceremony of the T.C. Williams High School’s chapter of the National English Honor Society.

Twenty-five students, two faculty members, and the keynote speaker were honored at the event, which was attended by family and friends of the inductees as well as teachers and staff members.

The NEHS is open to high school students who have demonstrated exceptional ability in such areas as literary analysis, media studies, composition, linguistic study, and creative writing, and who have earned a cumulative 3.75 in their high school English courses, with a 3.75 overall grade point average.

The ceremony featured a keynote address by John Harris, journalist, author, editor, co-founder of Politico, and father to NEHS member, Liza Harris. In his speech to students and staff, Harris provided his three rules for writing beginning with the idea of letting the story be the star. Once one has decided on a point, they should state it clearly and let substance take precedence over stylistic concerns. Secondly, he instructed members to view writing as a type of music in which the writerly ear must be trained by playing it back in one's mind. And, finally, in writing, one should always endeavor to be accurate, fair, and honest.