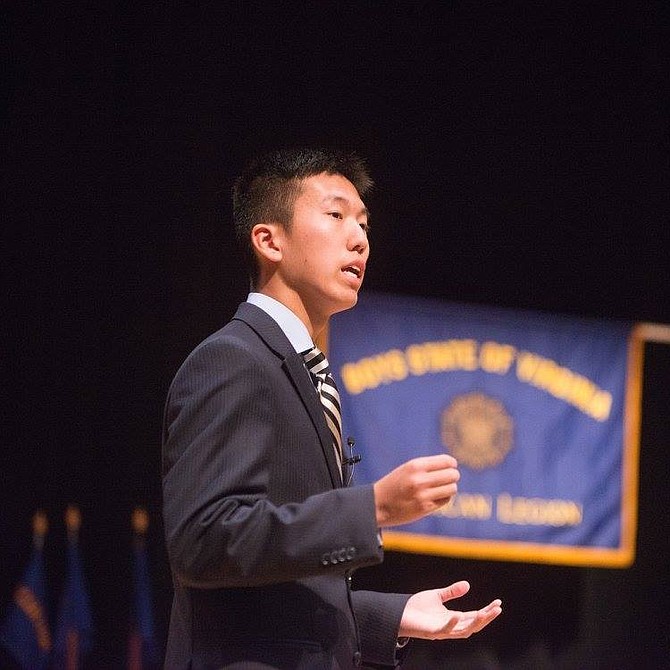 “When I was about 8 years old, there was a documentary on the History Channel talking about these four service academies. I thought to myself, ‘I want to do that’,” said Tim.

“In fact, I remember even younger than that age, when we took him to Hawaii, and we explained the whole history of how Japan attacked Pearl Harbor. I just saw the look on his face,” said Tim’s mother. “I could tell from then on that he really wanted to serve.”

Tim’s desire to serve is also inspired by his father and his grandfather. His father has served in the U.S. Army for more than 20 years and is currently serving in the Army Reserve.

Tim’s grandfather was helped by American soldiers during the Korean War. Shortly after finishing medical school in Korea, his grandfather immigrated to America and opened his own medical practice where he offered free medical care for Korean War veterans and their families.

“It was his way to repay what he called a debt of honor,” said Tim. “He started this legacy of service that I really want to continue.”

Tim is a resident of Fairfax County, and he isn’t waiting until graduation from Trinity to serve his community. He is a leader in the Color Guard. He is also the lead cellist in the school’s Advanced Strings Ensemble. In the past, Tim has served as co-captain of the Varsity Cross Country team and played on the Varsity Baseball team. Tim regularly competes in oratorical contests hosted by the Virginia American Legion, and he was a guest speaker at both Boys and Girls State in 2015. This past summer, Tim was accepted to and participated in each of the summer programs offered by the four U.S. military service academies to which he previously applied.

“Our family believes that this story is not only about my son, but also about the people who supported and assisted through this rigorous selection process,” said Tim’s father. “His school, Trinity Christian School, with its faculty and staff, gave him immense support and encouragement. Many of my son's teachers are veterans and service academy graduates who have inspired and mentored him.”