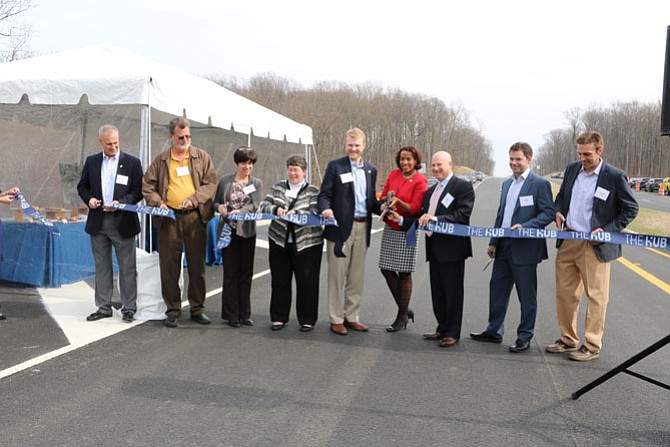 A ribbon cutting ceremony was held on Wednesday, Feb. 22, for the opening of Innovation Avenue and the Innovation Avenue interchange, which will connect Route 28 and the future site of the Hub, a mixed-use development planned near the Innovation Center Metro station in Loudoun County. The Hub is planned to stand at the intersection of the Dulles Toll Road and Route 28, in between the Washington Dulles International Airport and the Town of Herndon. “It’s going to bring so much vivaciousness to the Town of Herndon,” Supervisor Ron Meyer, who represents the Broad Run District on the Loudoun County Board of Supervisors, said during the event. “I know it’s not in Loudoun County, but guess what? They’re going to have incredible economic benefits from this and that’s needed in Herndon.”