Hearing brings WMATA board members and Metro riders together. 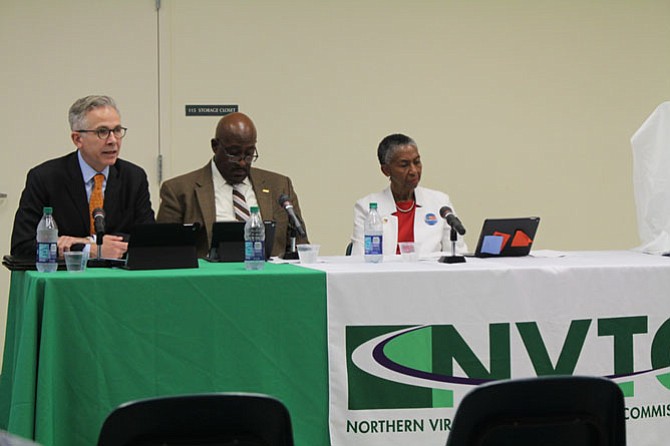 By By Miracle Parish

Alexandria — Some members of the community are growing impatient with Metro and the Washington Metropolitan Area Transit Authority has a plan to fix the problems of unreliability and mechanical breakdown, but the problem continues to be funding.

Metro needs $15.5 billion over the next 10 years to accomplish critical maintenance and restoration projects and ridership fares don’t cover it.

WMATA board members heard from residents attending a June 15 meeting at the Durant Art Center. Community members expressed frustration with the reduced Metro hours and the consistently unreliable system.

“I’ve grown used to it … I always have a book,” said Kim Kaplan, an avid Metro rider.

The board acknowledged the inconvenience that the maintenance posed, but noted that Metro operates 135 out of 168 hours per week and that allowing time for maintenance is not something they can avoid.

The main problem with addressing the Metro maintenance concerns has been due to the lack of dedicated capital funding. The board members acknowledge that Metro breakdowns pose problems for the community, and that Metro has gained a reputation of not being reliable. They also acknowledge that in the past, they did not have the most realistic budgets, or committed persons in leadership, which made preventing Metro breakdowns or malfunctions difficult.

A dedicated tax would be the most sustainable source of revenue for Metro operations. Board members have suggested dedicating funding from a sales tax, but have frequently faced opposition from local governments within Metro jurisdictions.

“Number one priority is to stop discussing revenue stream and just do it,” said Mayor Allison Silberberg.

This deficit of $15.5 billion could mean fare increases for riders. Dorsey advised that riders should expect a “modest increase” in fares despite the frustration of some with the current fares.

“We get what we pay for,” said former Mayor, Kerry J. Donley.

Donley acknowledges Metro is now facing the consequences of delayed maintenance for 40 years, and so are the riders of Alexandria.