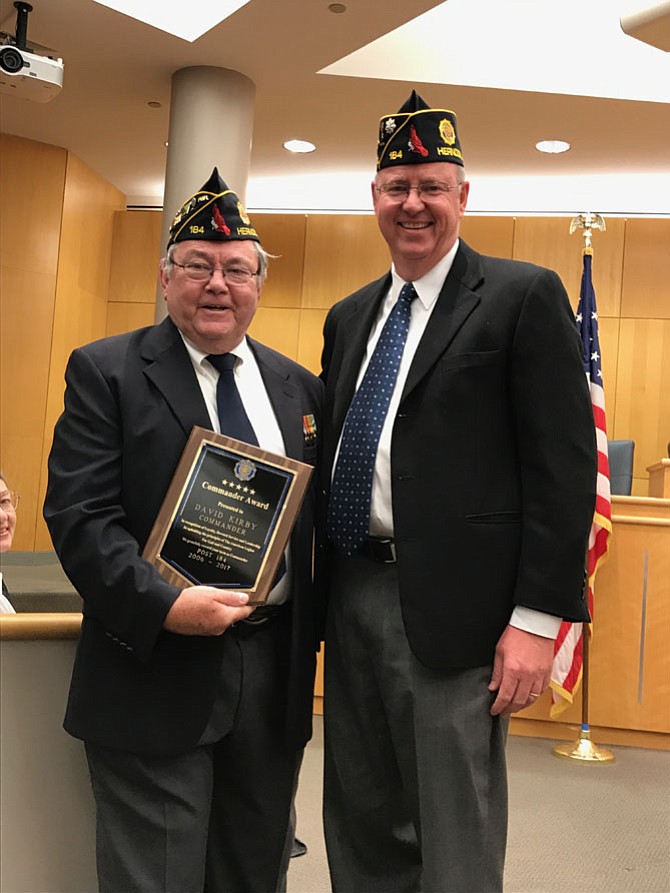 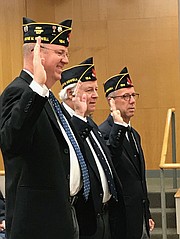 William Glenn Yarborough, Jr., 17th District Commander of the Department of Virginia American Legion, served as the Installation Officer. In his remarks, Yarborough addressed Womack, Schelhorn, and Duncan saying that they must vindicate the trust placed in them as the welfare and success of the post, its future and reputation, was in their hands.

"Protect the good name of The American Legion," Yarborough urged. "Remember the tolerance that animates us as members...Remember too the cardinal principles of The American Legion are the rehabilitation of all disabled veterans, care of the dependents of those who have answered the final call, call of those who now are suffering from wounds, disease, and want, the education of our children, and service to the community, state, and nation."

Yarborough instructed Womack, the newly installed Commander of Post 184, that although guided by the Constitution of The American Legion and decisions of the post body, "The responsibility of the year's programs is on your shoulders. You must initiate programs and carry them through to completion."

After 11 years of service, David Kirby of Herndon retired as Commander Herndon/Reston American Legion Wayne M. Kidwell, Post 184. With family, friends, and other Legionnaires looking on, Kirby recalled his service as Commander. "Eleven years as the Commander of The American Legion Wayne M. Kidwell, Post 184 has been a very trying but rewarding experience. Locating the flagpole holes at Chestnut Grove Cemetery seems to get more and more difficult each year. However, we always prevail, and the flying of those 64 casket flags of our deceased veterans makes the job well worth it."

Kirby added, "Having the passion.... and remembering those who have died for their country is what made me continue as Commander.”

Reached for comment after the ceremony, Duncan shared that when he had moved to Herndon last fall, he discovered The American Legion Wayne M. Kidwell, Post 184 was a way to quickly learn not only about the post but the Herndon area as well. Duncan added he looked forward to serving.

Schelhorn said that he too looked forward to serving, as well as continuing to work with the many Herndon area volunteers who help support Veterans in need, his fellow Legion members, Mayor Lisa Merkel, and Town Councilmembers.

Town Councilmember Jeffrey Davidson said, "The American Legion Wayne M. Kidwell, Post 184 is a vital part of the Herndon Community. It serves to remind us of the sacrifices made in the past and those that are still being made today in service to our country, and in service to each one of us… As a member of the Herndon Town Council, I look forward to future joint efforts with Post 184 and congratulate its new leadership.”

For more information about The American Legion, visit legion.org.