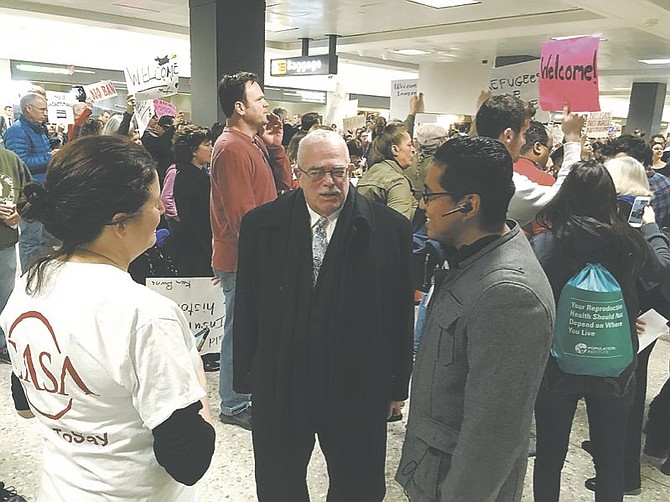 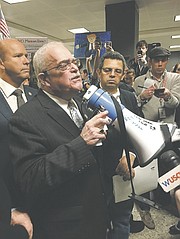 U.S. Rep. Gerry Connolly (D-11) and his office were able to get a Fairfax County green card resident, who was detained Saturday evening, released. Ahmed Mohedian and his wife were detained after returning from Iran, where Mr Mohedian was receiving medical treatment. Ahmed Mohedian is 71 and has a heart condition. Connolly’s office was able to connect him with immigration attorneys who helped secure his release around 10:30 p.m. Saturday.

“America has always stood for being a beacon of hope. Donald Trump would paint over Emma Lazarus’s words on the Statue of Liberty. There are millions of us willing to stand with immigrants coming into our country. There are millions of us willing to insist that America’s doors remain open to those fleeing injury, violence or persecution. This Order was not thought through and must be rescinded. We will fight this illegal Executive Order.”