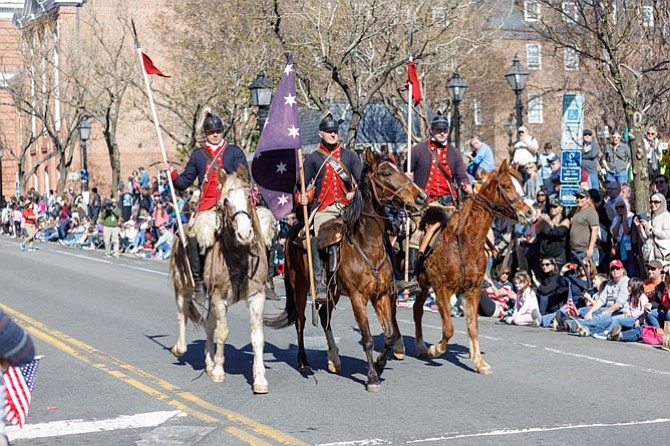 Riders from the United Horsemen’s Association take to the streets of Old Town for the Feb. 20 George Washington Birthday Parade. Photo by Mark Mogle

“All the bad weather of the past has been forgotten. It was the perfect day for a parade.” — Parade organizer Joe Shumard

The Tinkus Kay'Sur dance troupe performs for the crowds.

Wearing t-shirts and shorts, the crowd salutes during the singing of the National Anthem.

“It was all about the weather,” said parade organizer Joe Shumard. “We couldn’t have asked for a more beautiful day.”

“All the bad weather of the past has been forgotten,” Shumard said. “It was the perfect day for a parade.”